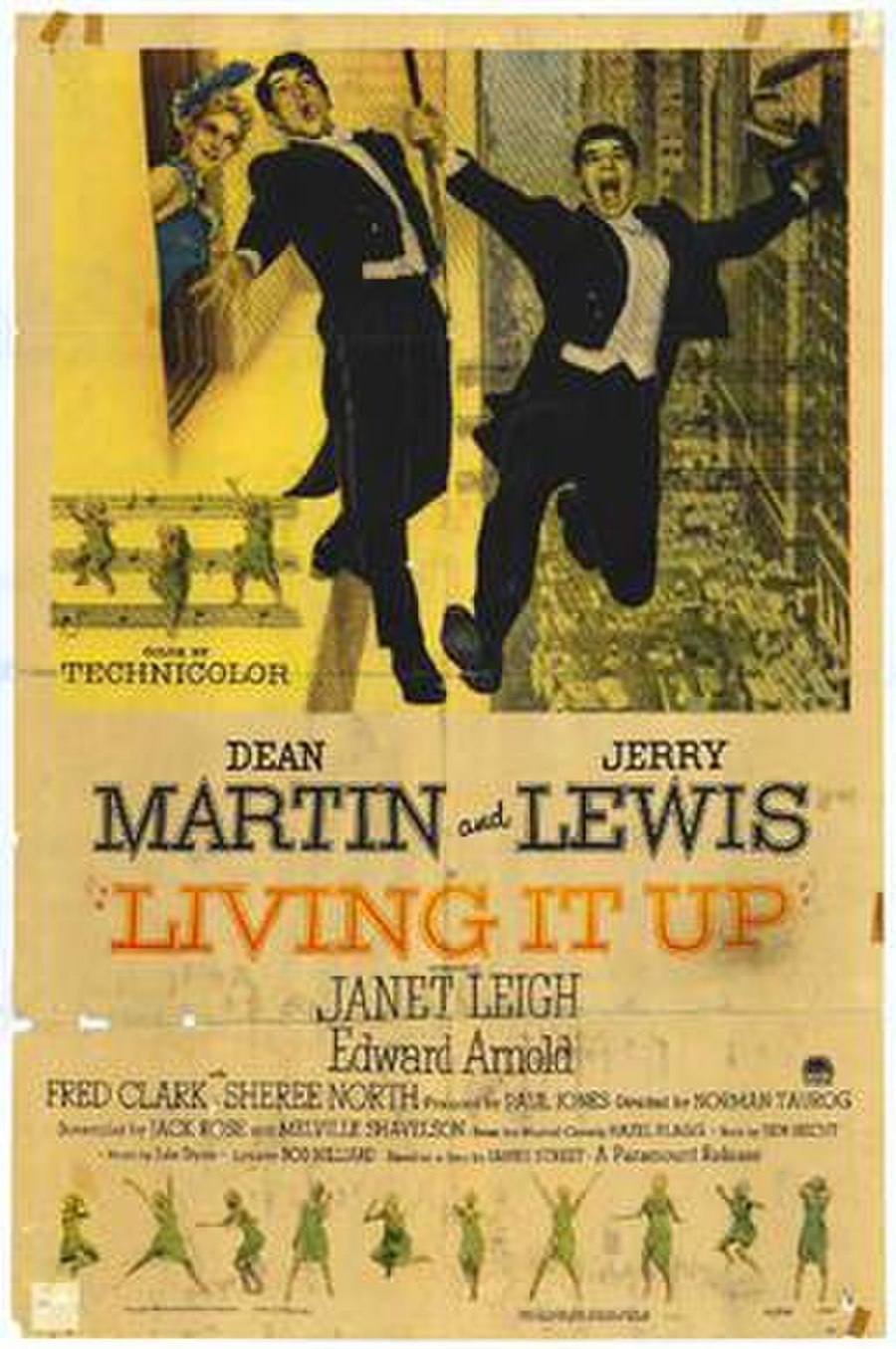 Living It Up is a 1954 American comedy film starring Dean Martin and Jerry Lewis which was released by Paramount Pictures.

Homer Flagg is a railroad worker in the small town of Desert Hole, New Mexico. His big dream in life is to visit New York City while he is young.