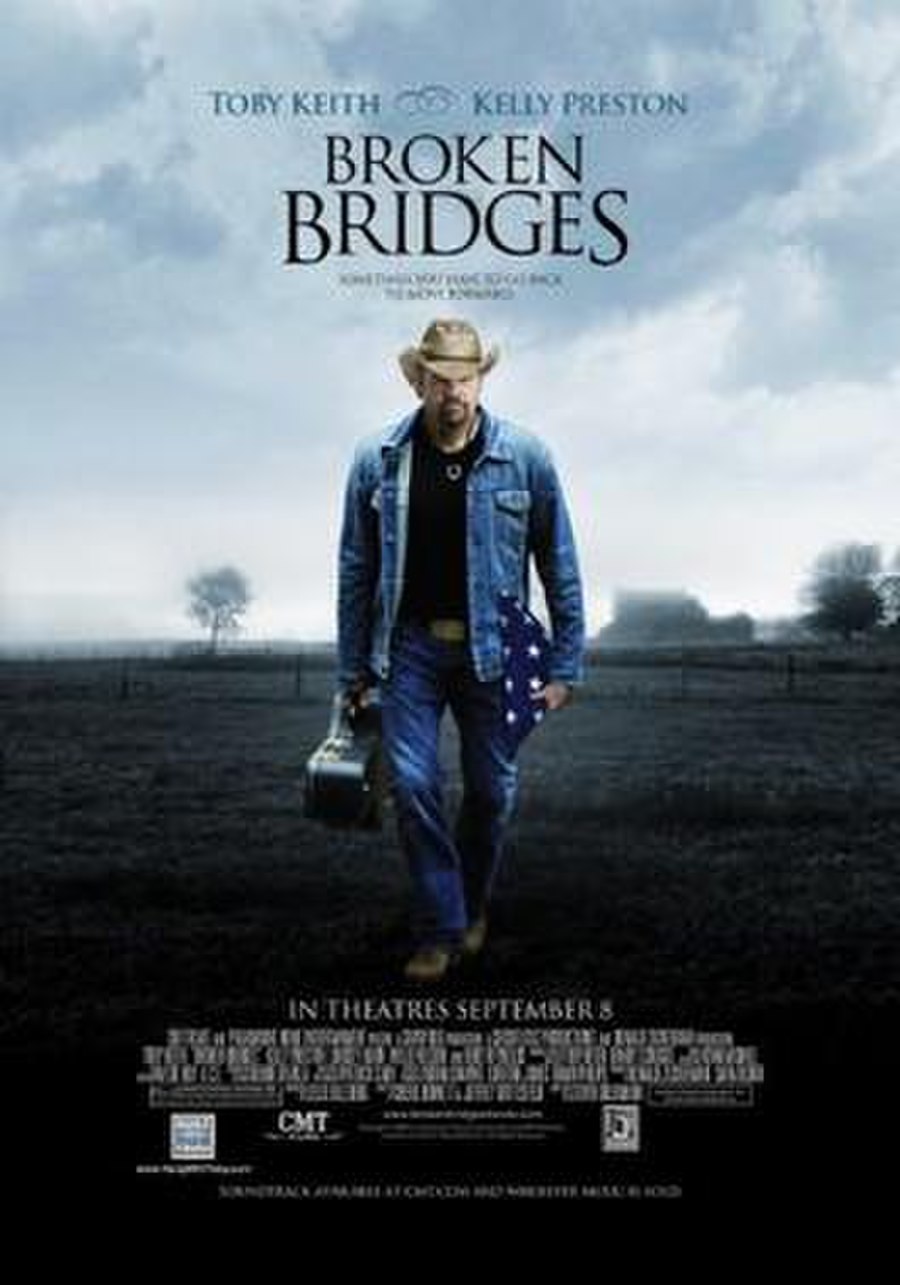 Broken Bridges is a 2006 film starring Toby Keith, Lindsey Haun, Burt Reynolds and Kelly Preston. The film, a music-drama, is centered on a fading country singer's return to his hometown near a military base in Tennessee where several young men who were killed in a training exercise on the base were from. He is reunited with his former sweetheart and estranged daughter, who returns to the town as well.

Bo Price (Keith), a down-and-out country singer, has returned home for his brother's funeral following a military training accident. While there, he reunites with his true love, Angela Delton (Preston), a Miami news reporter who has also returned home for her brother's funeral. Bo also meets their 16-year-old daughter, Dixie Leigh Delton (Haun), for the first time. Since Bo walked away from Angela while she was still pregnant, Dixie has never met him or his side of the family. Dixie has experimented with alcohol, but is able to break free with the help of her now-sober father. With her father's musical blood running through her veins, Dixie closes the movie by singing a song she wrote at the memorial for the fallen soldiers.