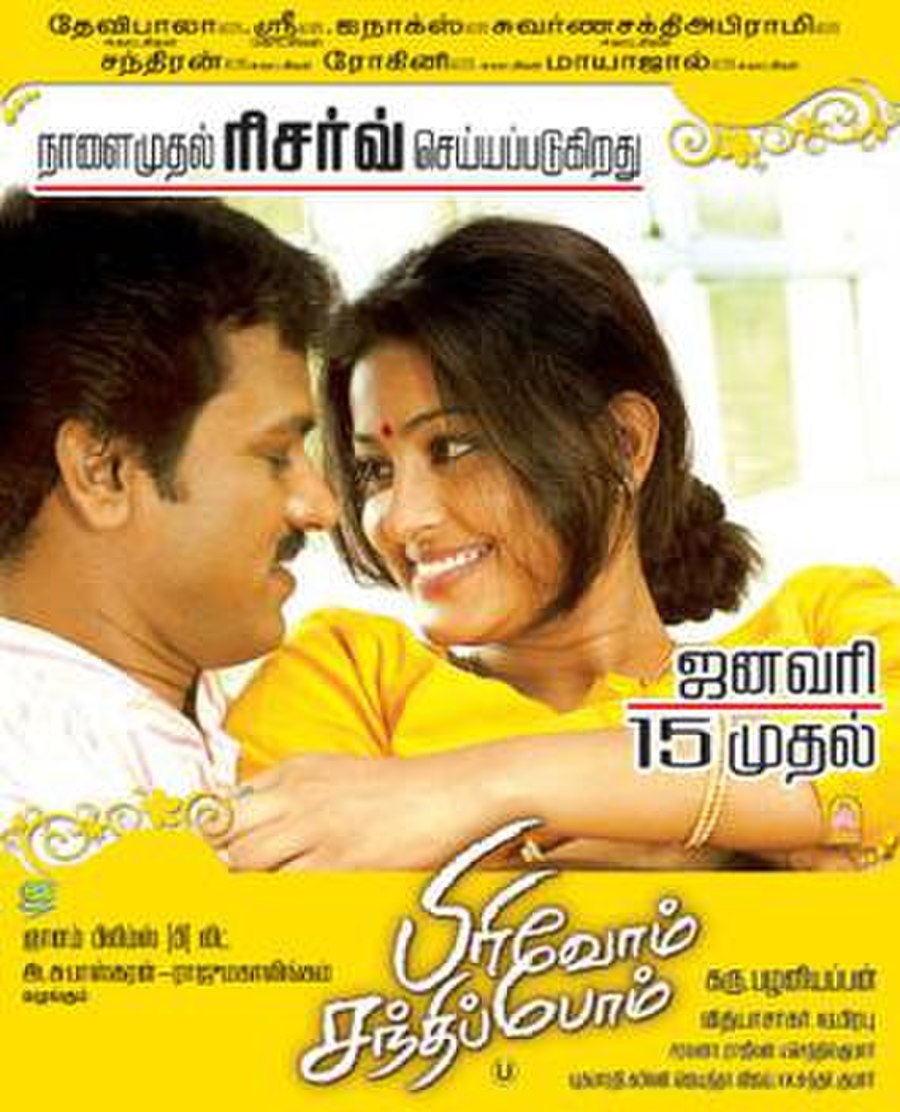 Pirivom Santhippom is a 2008 Indian Tamil-language family drama film written and directed by Karu Pazhaniappan starring Cheran and Sneha in the lead roles alongside an ensemble cast. The film is about the life of a young couple in a joint family with the Nagarathar (Nattukottai Chettiar) community located in Karaikudi, Tamil Nadu. The music was composed by Vidyasagar with cinematography by M. S. Prabhu and editing by Saravanan. The film released on 14 January 2008.

Natesan (Cheran) works as an engineer in an electricity board in Karaikudi and leads a joint family with more than 30 of his relatives living in the same house. On the other hand, Visalakshi aka Sala (Sneha) is the only daughter to her parents, and she is about to complete her college education in Karaikudi. Sala feels bored while being alone and always prefers to have her friends surrounding her.