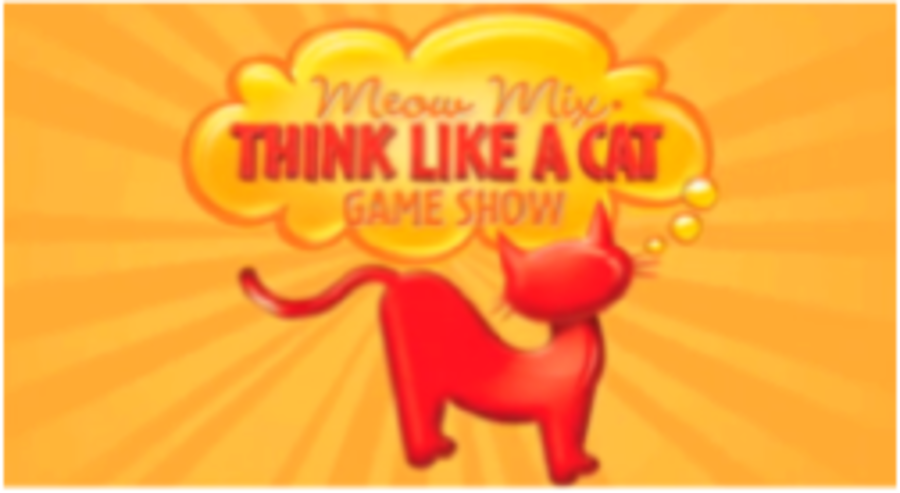 Think Like a Cat is an American game show created by Grand Central Marketing and broadcast by Game Show Network. Hosted by Chuck Woolery and sponsored by Meow Mix, eight cats and their owners compete in the contest, which includes contestants playing games with their cats showcasing their knowledge of cat-based trivia and their relationships with their own cats. The overall winner of the game participates in a bonus round for a million dollar prize. The show premiered as a one-time special on November 15, 2008 and was critically panned, with writers arguing that the special was "embarrassing" and that it should be "put down".