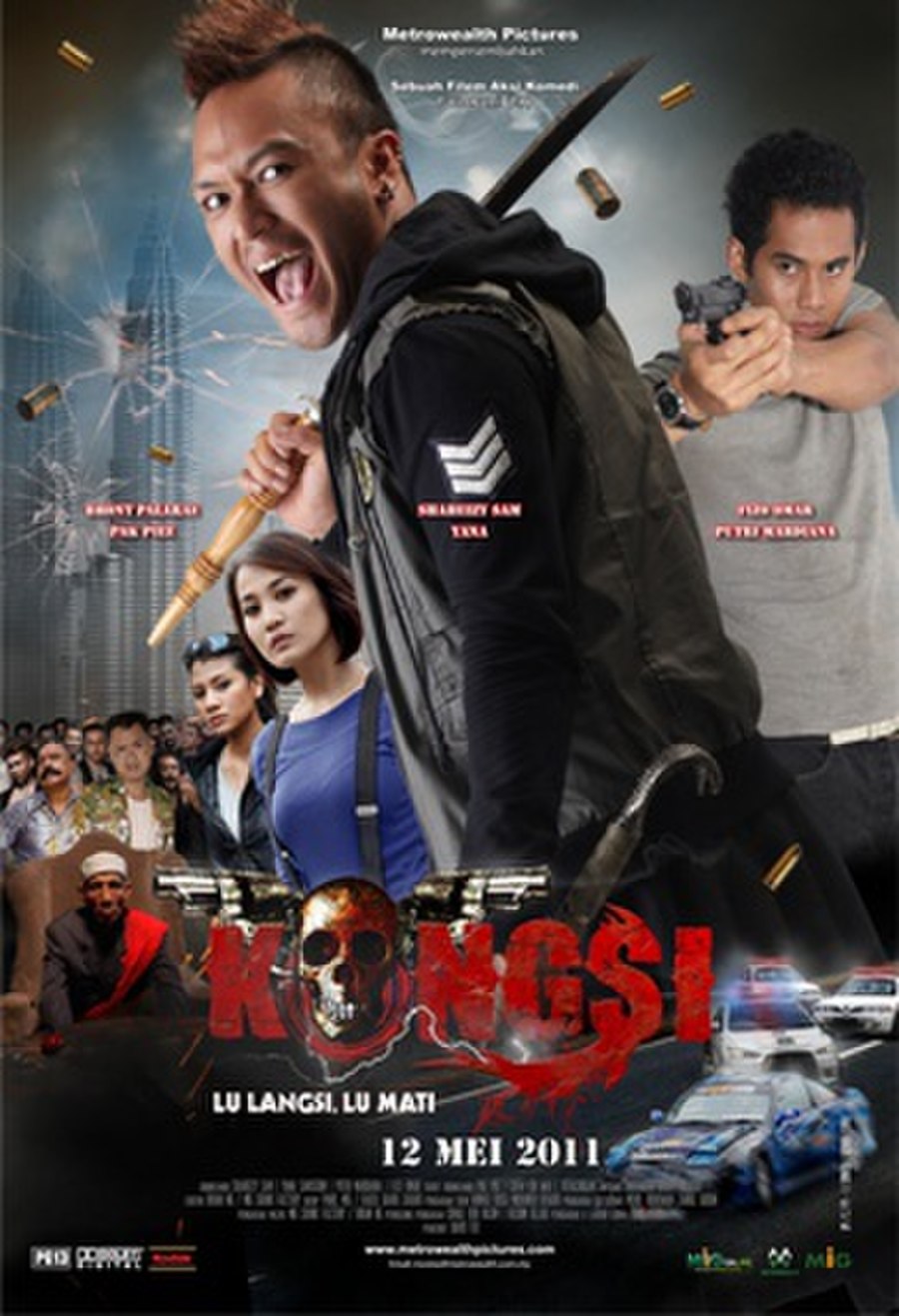 Kongsi is a 2011 Malaysian comedy action film written by Farid Kamil and Fadzil Zahari. The film starring Shaheizy Sam, Fizo Omar and Yana Samsudin, tells of a murderer called Tumulak, who came to Malaysia to curb the Malaysian secret societies and relationships Tumulak with ASP Shariff. The movie was aired on May 12, 2011 and has created a record by recording a RM 1.1 million collection within 1 day of the show.