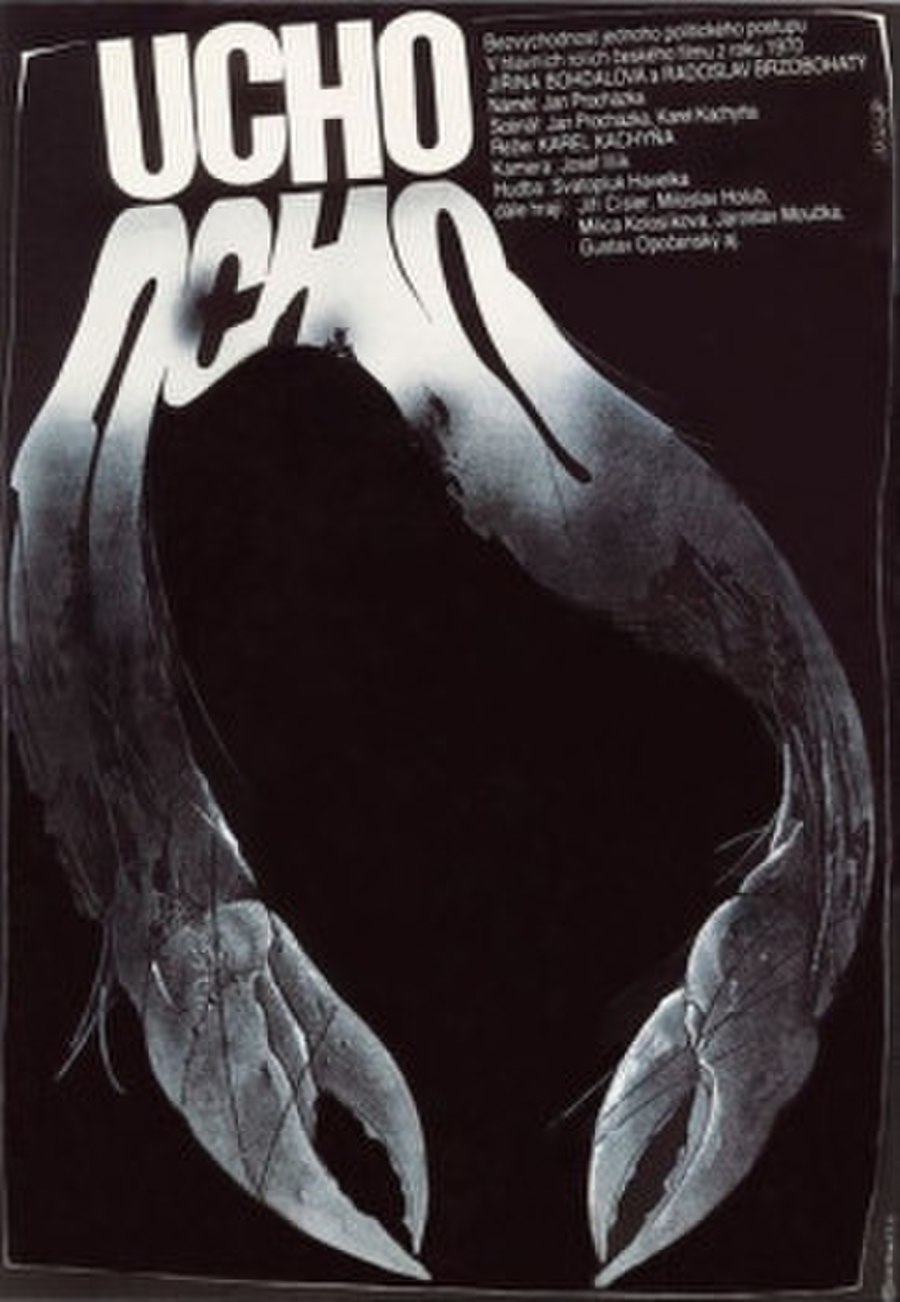 The Ear is a Czech language film by Karel Kachyňa, completed in 1970. This film was banned by the nation's ruling Communist party (who were supported by the occupying Soviet forces). It wasn't released until the fall of the communist regime in 1989.

The film is about a bitter married couple that consists of Ludvík, a senior official of Prague's ruling Communist regime, and his alcoholic wife Anna. They return home after attending a political party dinner and notice their home has been broken into. Several strange occurrences, including the disappearance of their spare house keys and dead phone lines, lead them to believe that they are under surveillance by their own government. As the night progresses, the flaws of their marriage and of each other are exposed.