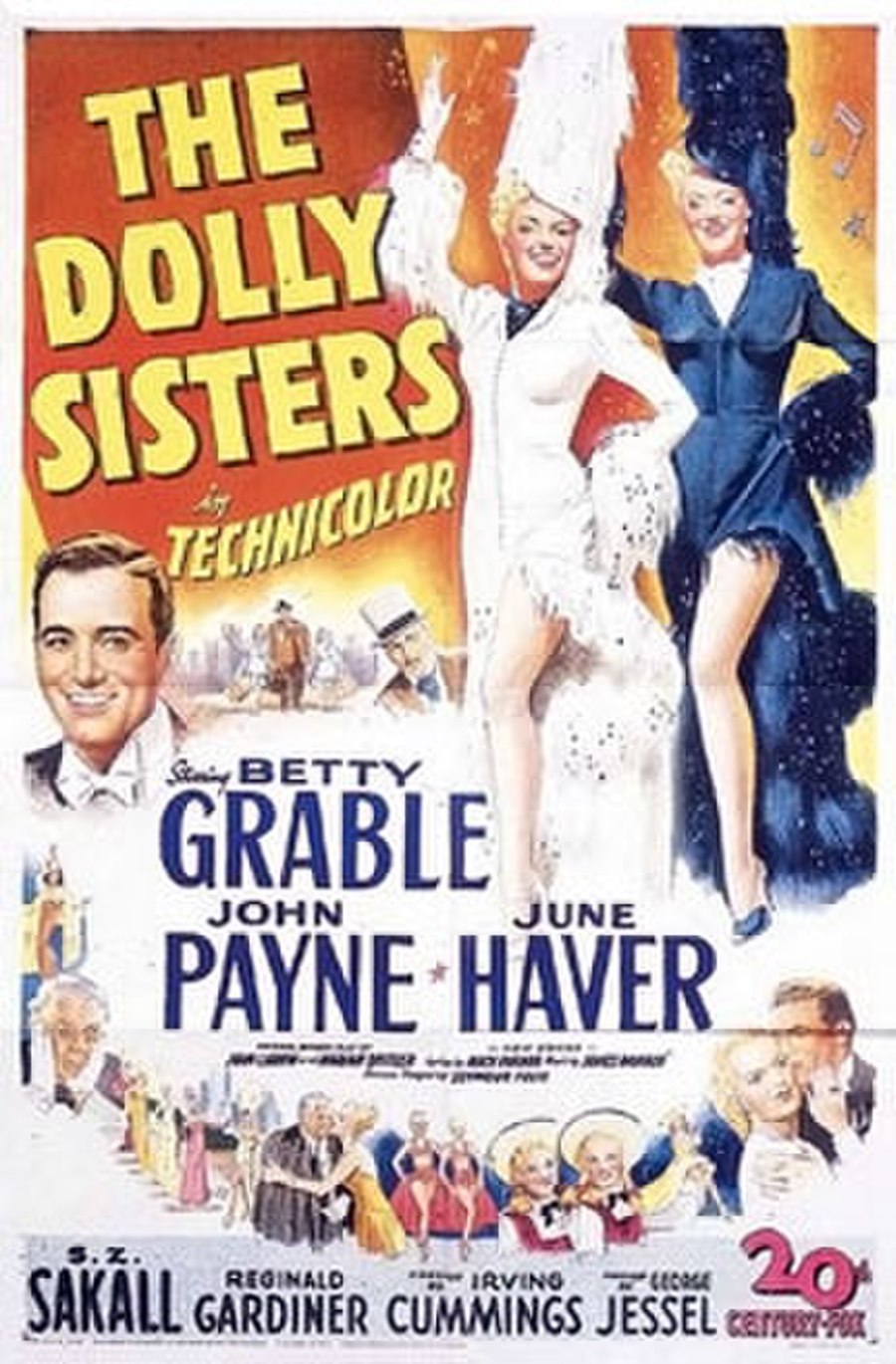 The Dolly Sisters is a 1945 American Technicolor biographical film about the Dolly Sisters, identical twins who became famous as entertainers on Broadway and in Europe in the early years of the 20th century as Jennie and Rosie Dolly (Yansci and Roszika Deutsch), Hungarian-born entertainers. It starred Betty Grable as Jenny, June Haver as Rosie and John Payne as Harry Fox.

In 1904, Uncle Latsie comes to New York from Hungary with two little nieces, Jenny and Rosie who immediately take to cafe dancing. In 1912, they're still at it, but to pay Uncle's card debts they decide to go into vaudeville. They meet another up-and-coming act, singer Harry Fox. Jenny falls in love with him.