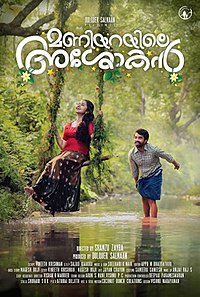 Maniyarayile Ashokan is an upcoming 2020 Indian Malayalam romantic comedy drama film directed by Shamzu Zayba and produced by Dulquer Salmaan under the banner Wayfarer Films along with Jacob Gregory, who also stars in the title role. The cast also include Anupama Parameswaran, Krishna Sankar, Shine Tom Chacko and Anu Sithara. Due to the COVID-19 pandemic, the film will not be released theatrically and will stream worldwide on Netflix from 2020 August 31 onwards.

Set in a village, the film follows the love-life of a middle class man named Ashokan.