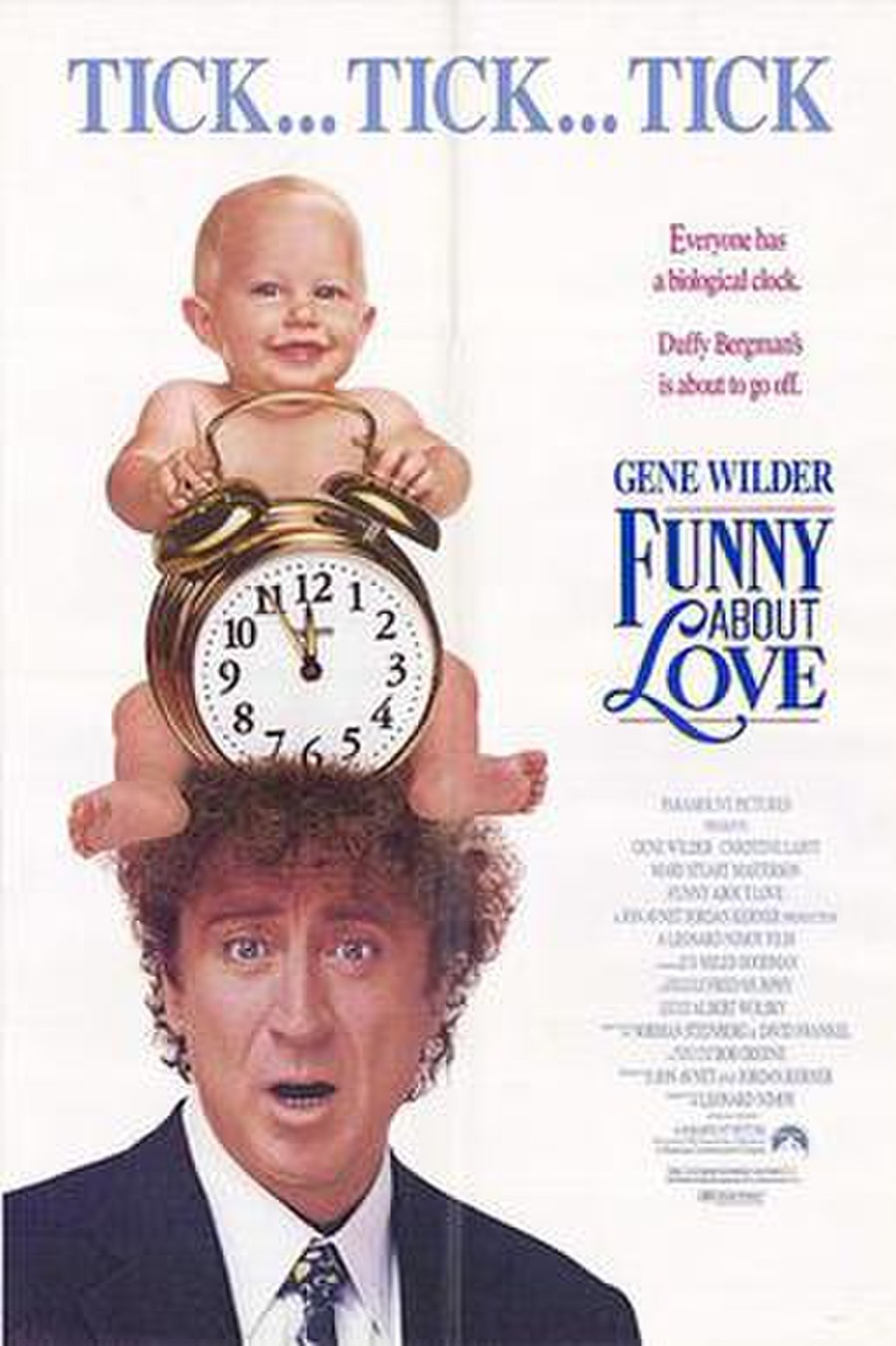 Funny About Love is a 1990 American romantic comedy film directed by Leonard Nimoy and starring Gene Wilder in his first romantic lead. With a screenplay by Norman Steinberg and David Frankel, the film is based on the article "Convention of the Love Goddesses" in Esquire Magazine by Bob Greene.

New York cartoonist Duffy Bergman marries gourmet chef Meg Lloyd. Meg wants to have a baby. Duffy agrees, but after unsuccessful attempts, Duffy encourages her to focus on her career and come back to the child issue later. After his mother's death, however, Duffy becomes fixated on wanting to have a child. Meg no longer sees this as a priority, as she's trying to open her own restaurant. The two start to have marital problems, leading to a separation.