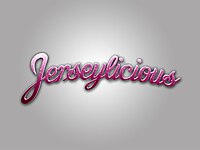 Jerseylicious was an American docusoap series that premiered on March 21, 2010, on the now defunct Style Network. It chronicles the lives of six stylists who work at salons located in Green Brook Township, New Jersey. The Gatsby Salon, where the series is based upon, relaunched with a multimillion-dollar renovation and began hiring new employees in 2009, which included two of the main cast members: Tracy DiMarco and Olivia Blois Sharpe. Reruns of the series also air on E!.