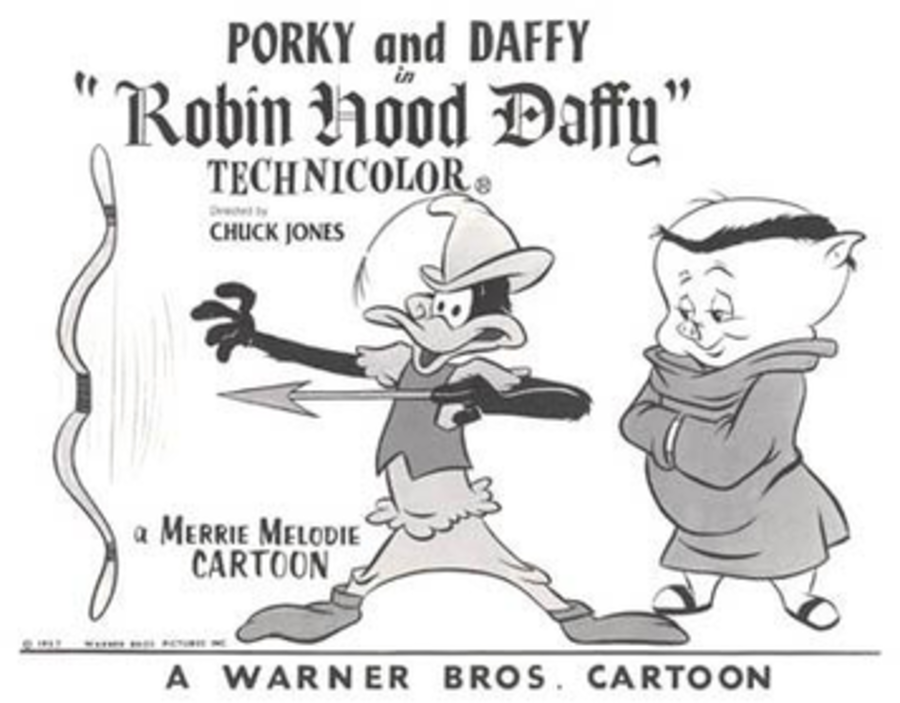 Robin Hood Daffy is a 1958 Warner Bros. Merrie Melodies cartoon, directed by Chuck Jones and written by Michael Maltese. The short was released on March 8, 1958, and stars Daffy Duck as Robin Hood and Porky Pig as Friar Tuck.

The film features Daffy Duck in the role of legendary outlaw Robin Hood, and opens to the strains of his playing a song on a long-necked lute similar to a tambouras. As he prances along singing, he trips and tumbles down a hill (still singing), off a bank and into a river.