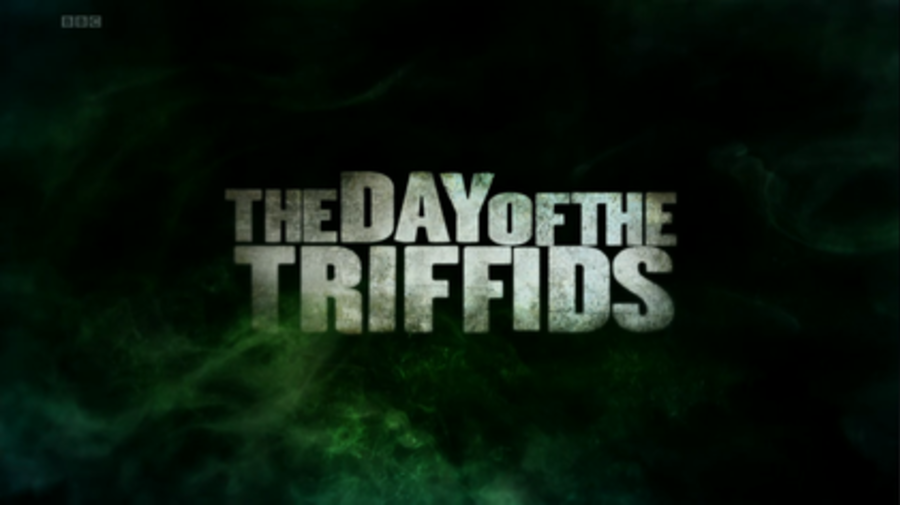 The Day of the Triffids is a BBC miniseries made in 2009. it is a loose adaptation of John Wyndham's 1951 novel of the same title. The novel had previously been adapted in 1962 as a theatrical film and by the BBC in a 1981 series.

Triffids are large carnivorous plants capable of vicious and intelligent behaviour and equipped with venomous stingers that they use to stun their prey before feeding on them. In the late 1970s in the jungles of Zaire, a woman is killed by a Triffid. In 2009, Bill Masen (Dougray Scott) - the son of the woman killed - is a Triffid expert and tells the story of how the oils the Triffids produce came to be used as a new alternative fuel, putting an end to man-made global warming. Triffids are kept in warehouses in countries worldwide. Some protest the treatment of the plants. One of these activists (Ewen Bremner) breaks into a compound for male Triffids outside London and is arrested. Bill is injured by an undeveloped plant in the attempt, having given his safety goggles to another worker, Lucy (Nora-Jane Noone), a security officer and friend of Bill. Lucy rushes him to a local hospital, where he is told that he has a 50–50 chance of going blind permanently. With his eyes covered in bandages, he misses a massive solar eruption which occurs that same night, the bright light of which is seen all over the world. The rays prove to be more dangerous than first thought, as they suddenly intensify to a horrific brilliance and all those who see the flares are blinded—more than 95 per cent of the world's population.