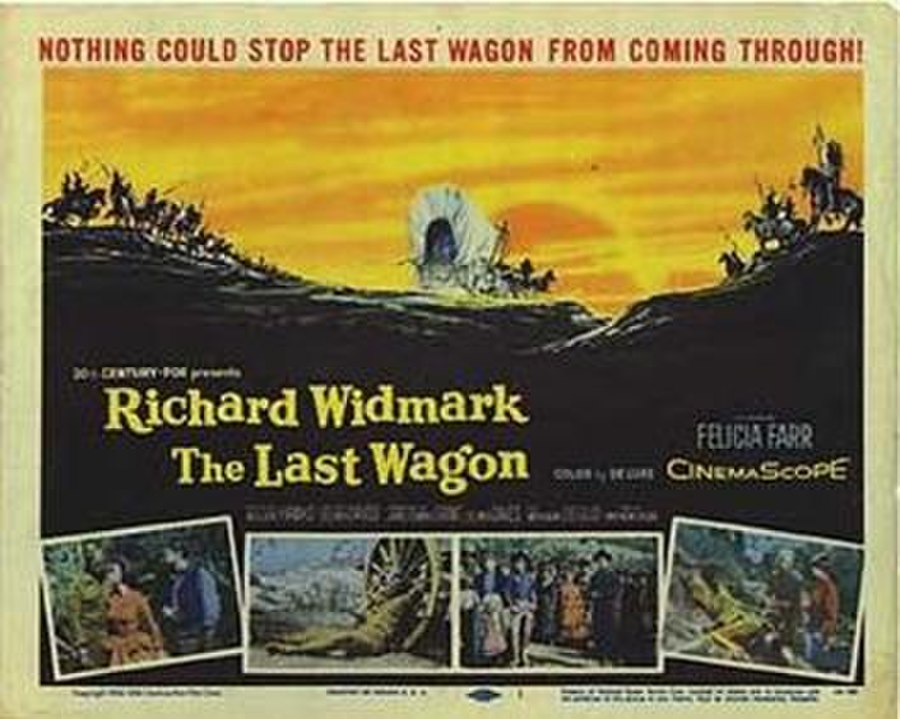 WThe Last Wagon is a 1956 American CinemaScope Western film starring Richard Widmark. It was co-written and directed by Delmer Daves and tells a story set during the American Indian Wars: the survivors of an Indian massacre must rely on a man wanted for several murders to lead them out of danger.

Sheriff Bull Harper (George Mathews) has captured and is taking "Comanche" Todd (Richard Widmark), a white man who has lived most of his life among the Indians, to be tried for the murder of Harper's three brothers.