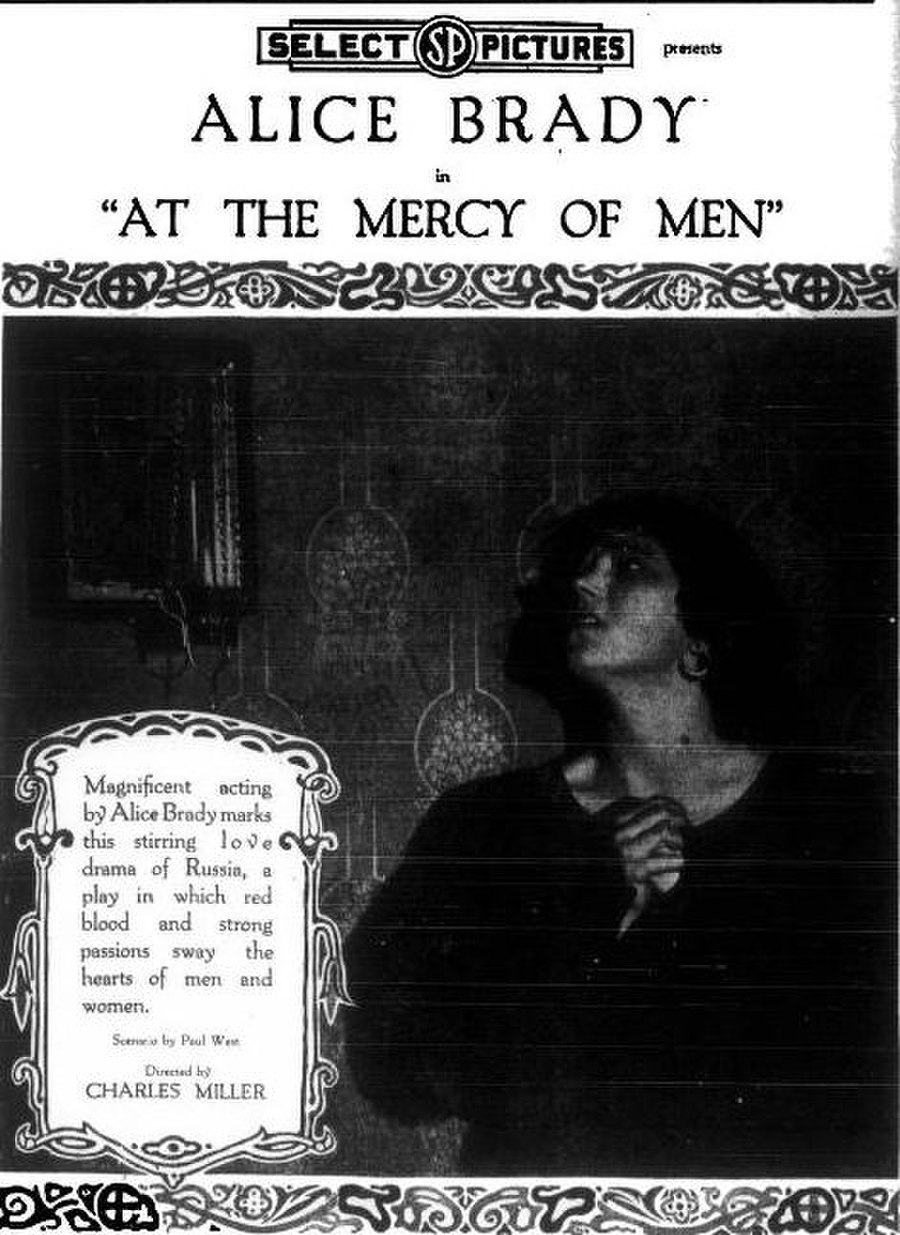 At the Mercy of Men is a 1918 American silent drama film directed by Charles Miller and starring Alice Brady. Its plot follows a young woman during the Russian Revolution who seeks to find the identity of her attack by a Royal Guard.

During the Russian Revolution in Petrograd, Vera Souroff, a young Russian music teacher, is accosted on the street and dragged into a room where three men of the Royal Guard are dining. The lights are turned out, and she is sexually assaulted. The crime is brought to the attention of the Czar by the Countess Zaptine, a patroness of Vera, but Vera is unable to determine which man assaulted her as the crime took place in the dark.