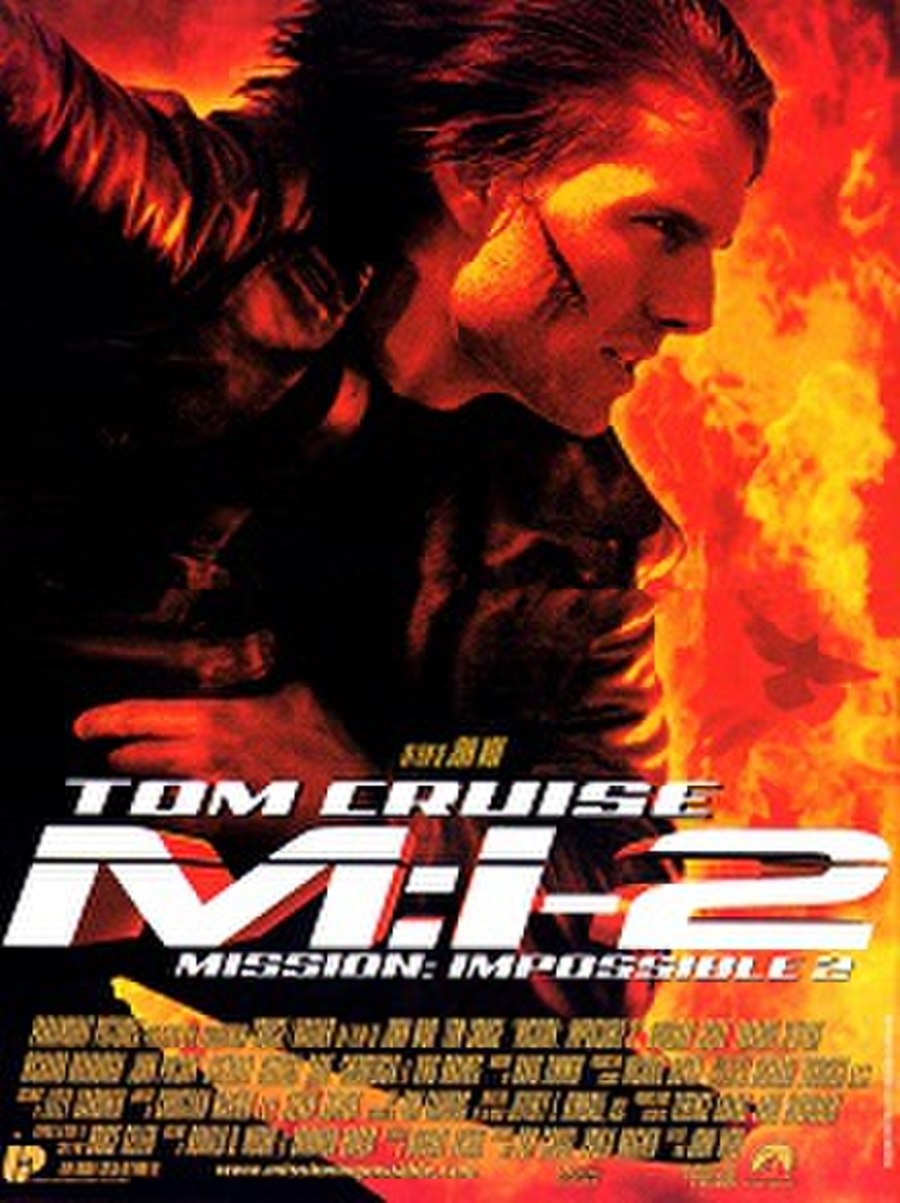 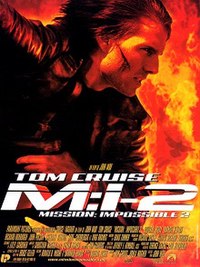 Mission: Impossible 2 (stylized as M:i-2) is a 2000 action spy film directed by John Woo and produced by and starring Tom Cruise. The sequel to 1996 film Mission: Impossible, it is the second installment in the Mission: Impossible film series. It follows Ethan Hunt as he is tasked by the Impossible Missions Force (IMF) to find and destroy a dangerous biological weapon called "Chimera" from rogue IMF agent Sean Ambrose with the help of love interest Nyah Nordoff-Hall, Ambrose's ex-girlfriend.

Bio-chemical expert Dr. Vladimir Nekhorvich sends a message to the IMF for Ethan Hunt, an old friend of his, warning that his employer, Biocyte Pharmaceuticals, forced him to develop a biological epidemic to profit from its remedy. He arranges to meet with Ethan to deliver the Chimera virus, and its cure, Bellerophon. With Ethan on vacation and incommunicado, the IMF sends agent Sean Ambrose disguised as Ethan to meet Nekhorvich on a passenger plane. Ambrose goes rogue, killing Nekhorvich and stealing Bellerophon before his men destroy the plane.