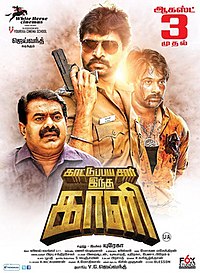 The plot of the film depicts the invasion of North Indian people into Tamil Nadu and about the loan sharks imposed by those people against people of Tamil Nadu.