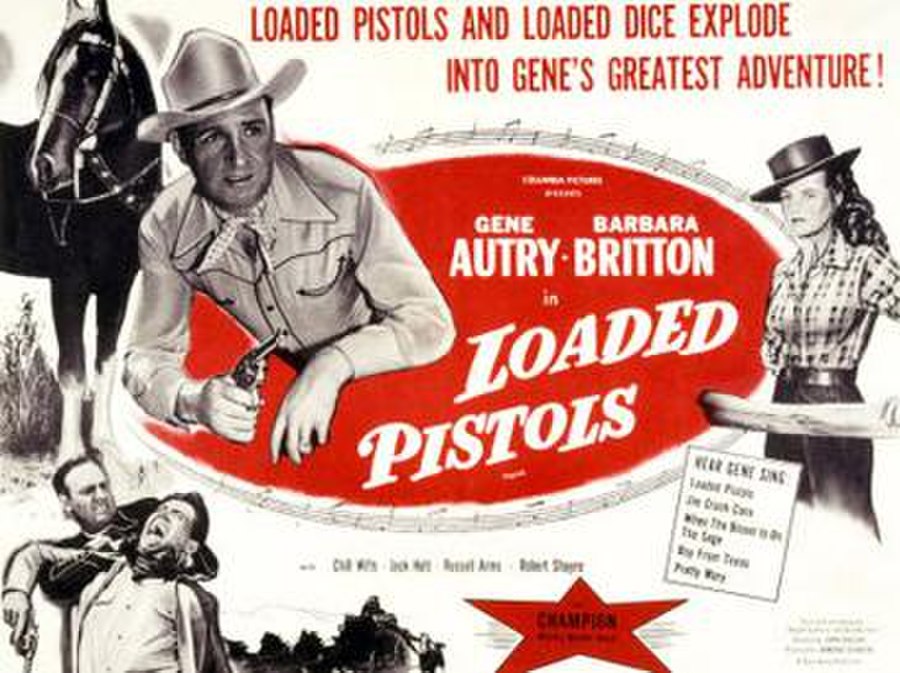 Loaded Pistols is a 1948 American Western film directed by John English and starring Gene Autry, Barbara Britton, and Chill Wills. Written by Dwight Cummins and Dorothy Yost, the film is about a cowboy who protects a young man wrongly accused of murder, while trying to find the real badguys.

Following the death of his friend Ed Norton who was killed during a dice game, Gene Autry (Gene Autry) sets out in search of the killer. His search takes him to an old house where Larry Evans (Russell Arms), who was accused of the murder, is in hiding. Larry's sister Mary (Barbara Britton) defends her brother, claiming they both loved Ed, who acted as their guardian after the death of their father. Mary is able to convince Gene that Larry is innocent. Gene offers to help him evade the sheriff until he can discover the real killer.