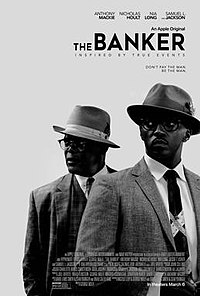 1954, Bernard Garrett wants to get into real estate but encounters racism that prevents him from being a successful real estate investor. After a chance encounter with wealthy club owner Joe Morris, he convinces Joe to be his co-investor. Together they convince Matt Steiner, a white man, to pose as the front of the company in meetings to facilitate the sales. Eventually, they become extremely successful in Los Angeles real estate, with the two teaching Matt the basics of real estate investing. The three secure a number of properties in L.A. and effectively integrate a number of previously segregated neighborhoods by selling and renting to black families. After this success, he sets his sights on the local bank in his Texas hometown to give loans to the black residents. Racist bank practices had excluded black people from receiving loans for small businesses and homeownership. Joe protests the idea at first but eventually relents and the three move to Texas.