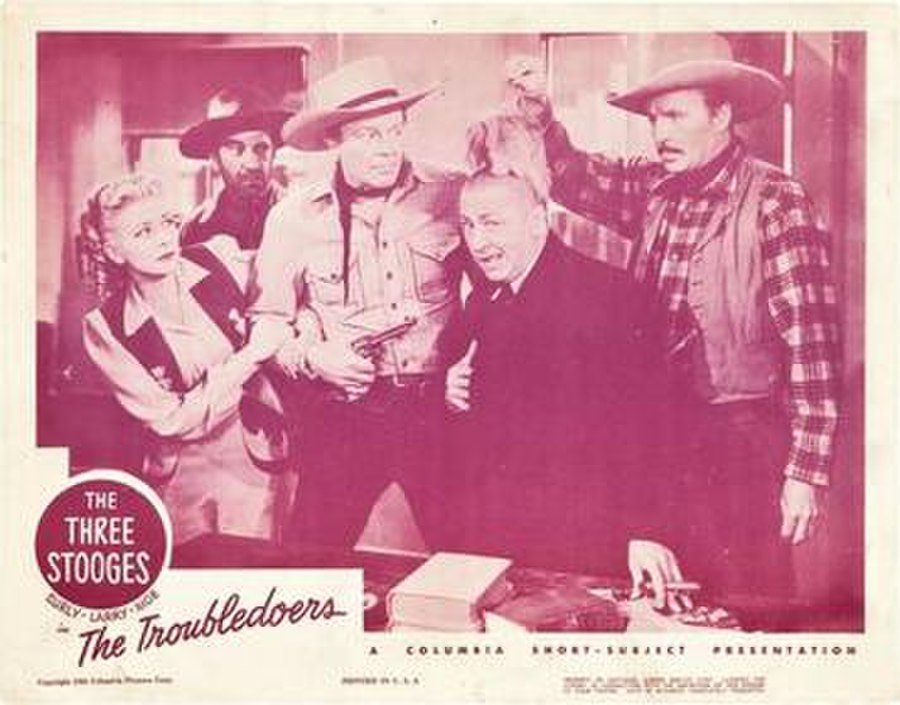 The Three Troubledoers is a 1946 short subject directed by Edward Bernds starring American slapstick comedy team The Three Stooges (Moe Howard, Larry Fine and Curly Howard). It is the 91st entry in the series released by Columbia Pictures starring the comedians, who released 190 shorts for the studio between 1934 and 1959

The Stooges are cowboys who come upon the town of Dead Man's Gulch, which is being terrorized by Badlands Blackie (Dick Curtis) and his gang. Blackie threatens to kill the town blacksmith unless his daughter Nell (Christine McIntyre) agrees to marry him. After an impromptu battle with Blackie the locals crown Curly their new sheriff, and Moe and Larry deputies. Nell then agrees to marry Curly if he rids the town of Blackie.