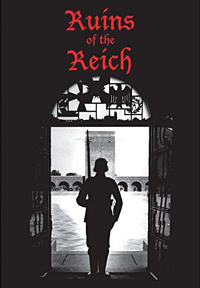 Ruins of the Reich is a documentary series that traces the rise and fall of the Third Reich through its architecture. Written and directed by film maker R. J. Adams, the film's "then and now" format focuses on the primary sites that played key roles from Hitler's rise to his final days in his Berlin bunker.