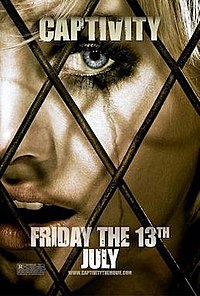 Jennifer Tree is a rising fashion model. On an evening out alone, Jennifer is stalked and drugged. She wakes up in a cell containing personal items taken from her apartment. Jennifer is shown recordings of victims who were tortured in the same cell, as well as records of her interviews. She screams and pleads to be let go, but no one replies.