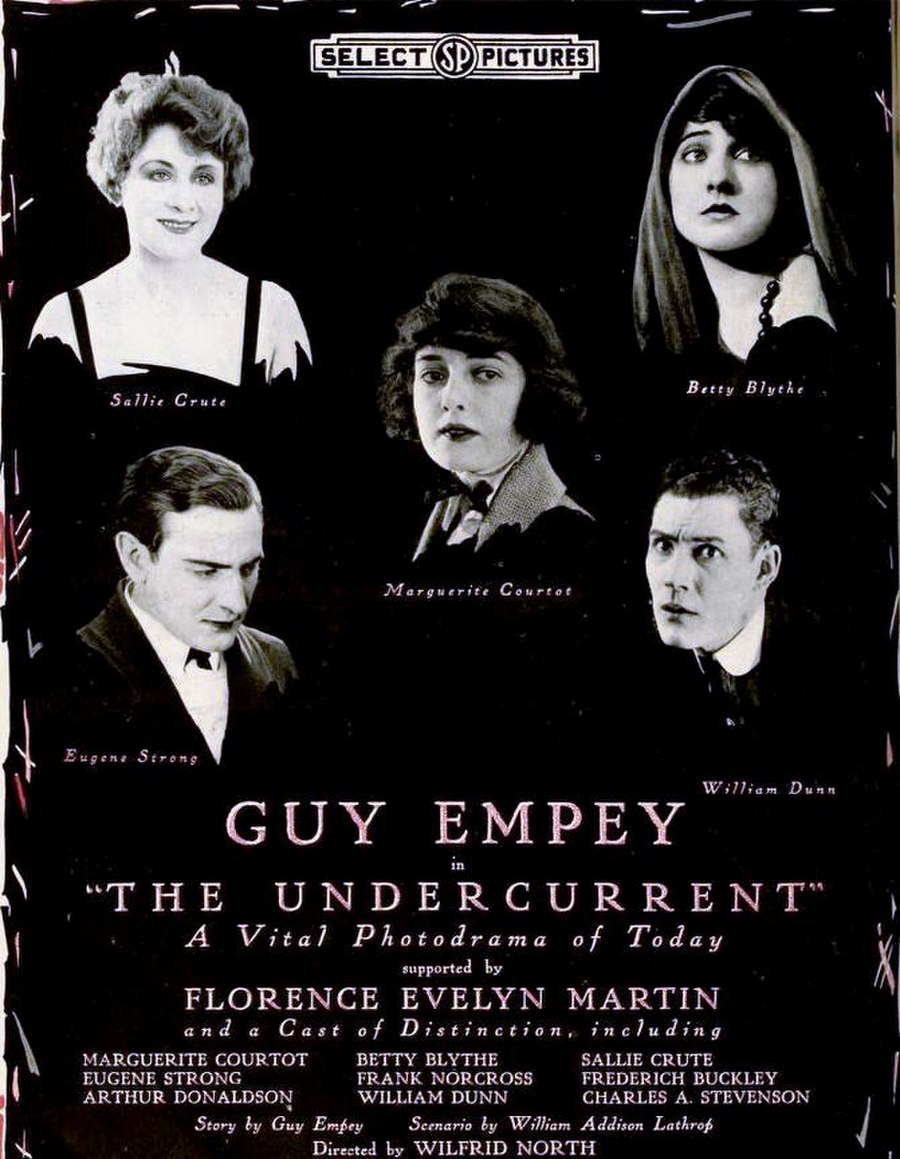 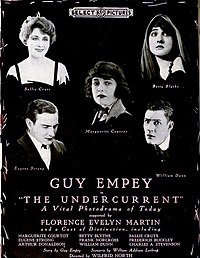 The Undercurrent was a 1919 American silent directed by Wilfrid North, produced by Guy Empey, distributed by Select Pictures. It is based on a story by Arthur Guy Empey and though fictional, is considered a sequel to Over the Top which was a 1918 movie loosely based on his autobiographical book of the same name about his own experiences in the British Army in World War I. The New York City premier was held at the Capitol Theatre and was attended by General John J. Pershing who was in New York City for the International Trade Conference of 1919.

Jack Duncan, a returning World War I veteran joins a group of Bolsheviks. He soon grows disillusioned with the organization and denounces it cause. Mariska, a Russian agent who, upon learning that the authorities are about to arrest her, shoots a fellow provocateur and then turns the weapon on herself.