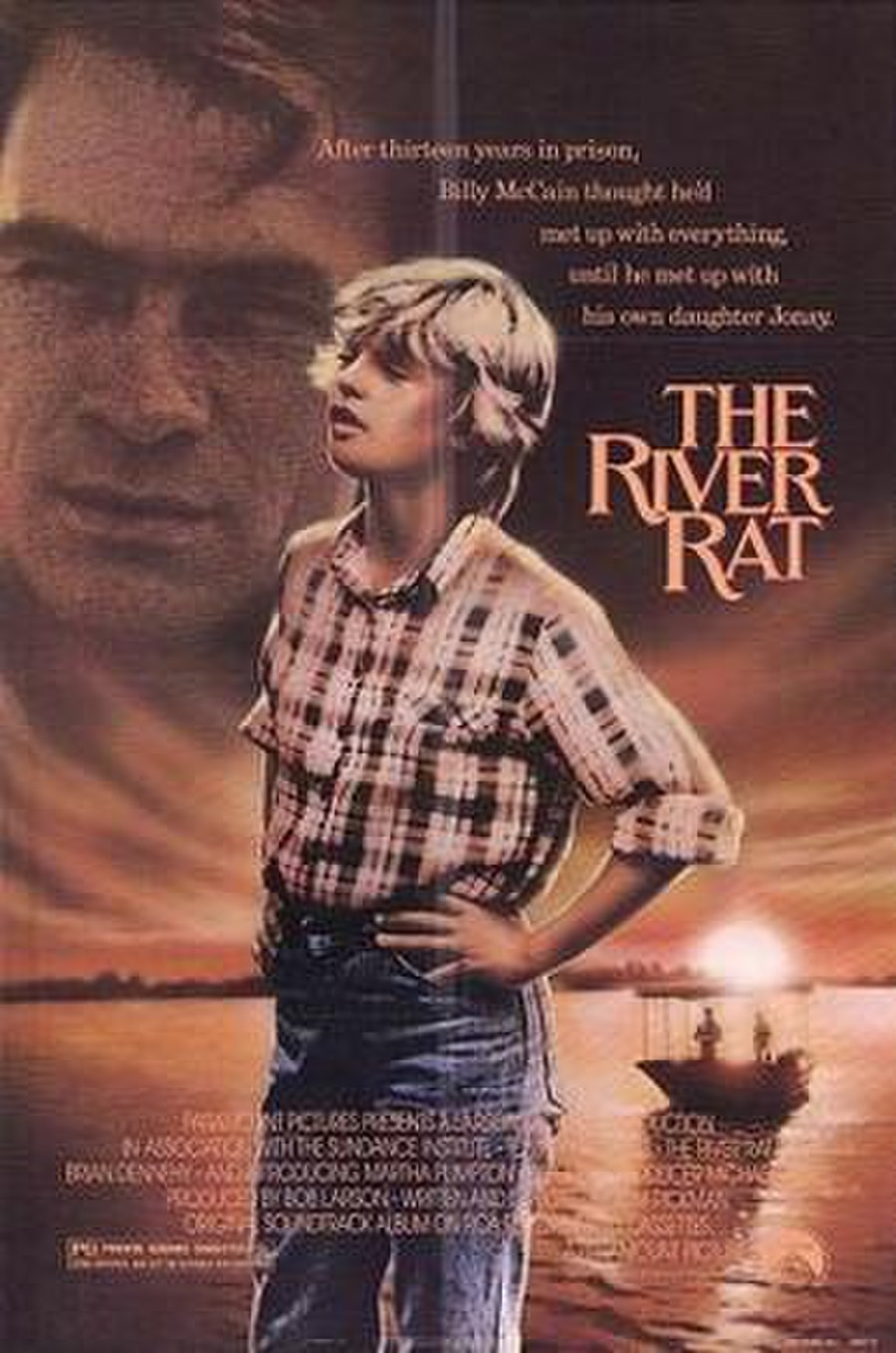 The River Rat is a 1984 independent family film directed by Thomas Rickman and starring Tommy Lee Jones and Martha Plimpton. Filmed on location in Kentucky, on the banks of the Ohio River.

Jonsy is a teenager who meets her father Billy, who has just been released from prison, for the first time. The two slowly forge a relationship as they rebuild a boat named The River Rat. The father cannot escape his criminal past, being blackmailed by the prison psychiatrist Doc Cole, who believes he knows the location of a large amount of cash stolen before imprisonment.