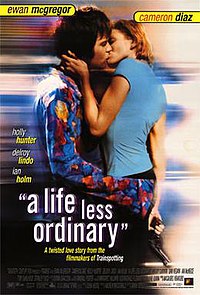 In Heaven, angels are tasked with ensuring that mortals on Earth find love. The "Captain", Gabriel, is upset at reviewing the file of angel partners O'Reilly and Jackson, all of whose recent cases have ended in divorce or misery. Gabriel is being pressed for results, so he introduces a radical new incentive: if their latest case isn't "cracked" – meaning, if the pair in question do not fall, and stay, in love, O'Reilly and Jackson must stay on earth forever, which does not appeal to them. They open their case file to learn their tasks.