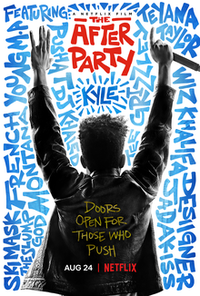 Aspiring rapper Owen (Kyle) and his manager/childhood friend Jeff find Rahmel in a bathroom stall and rap to him, hoping for a record deal. The person in the bathroom stall turns out to be not Rahmel but his intern, Bernard. Jeff convinces him to get Rahmel to come to their next show in exchange for producer credit on a future album.