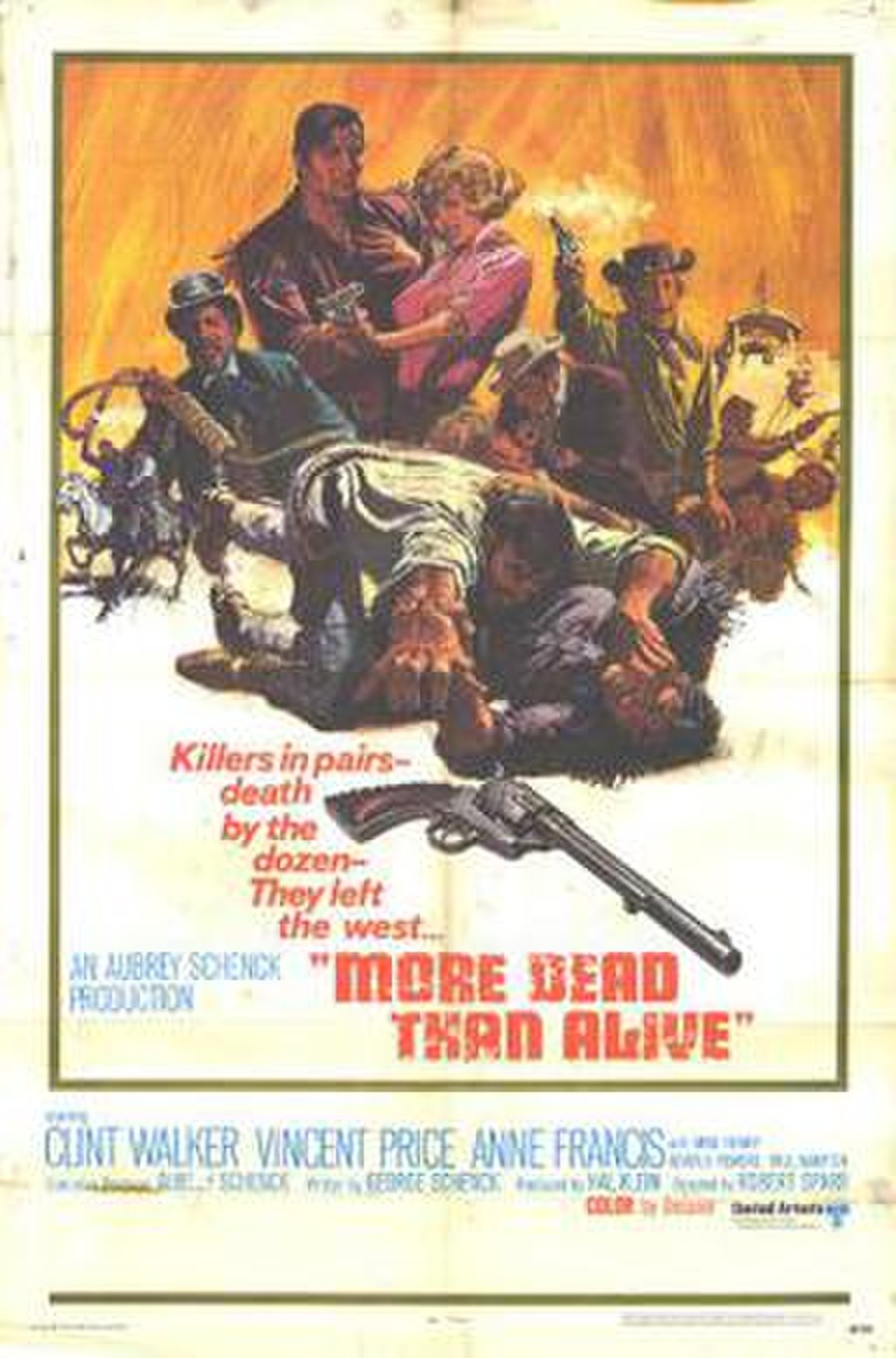 More Dead Than Alive is a 1969 film directed by Robert Sparr and produced by Aubrey Schenck. It was filmed at Agua Dulce, California.

An incarcerated killer named Cain (Clint Walker) is released from prison after 18 years and wants to settle down as a rancher without ever having to touch a gun again. But no one will give him a job and people are after him for his earlier crimes. He finally takes an offer from a showman named Ruffalo (Vincent Price) to perform as "Killer Cain" in his traveling shooting show. However, after 18 years without practice, Cain is not as good as he once was with a gun. Cain tries to find redemption and peace when he falls in love and eventually marries Monica Alton (Anne Francis), an artist from the east who came out west to paint. Yet Cain's reputation continues to dog him as past enemies (Mike Henry) try to settle old scores and a young sharpshooter rival with mental issues in Ruffalo's show named Billy Valence (Paul Hampton) looking to build his reputation by killing Cain.