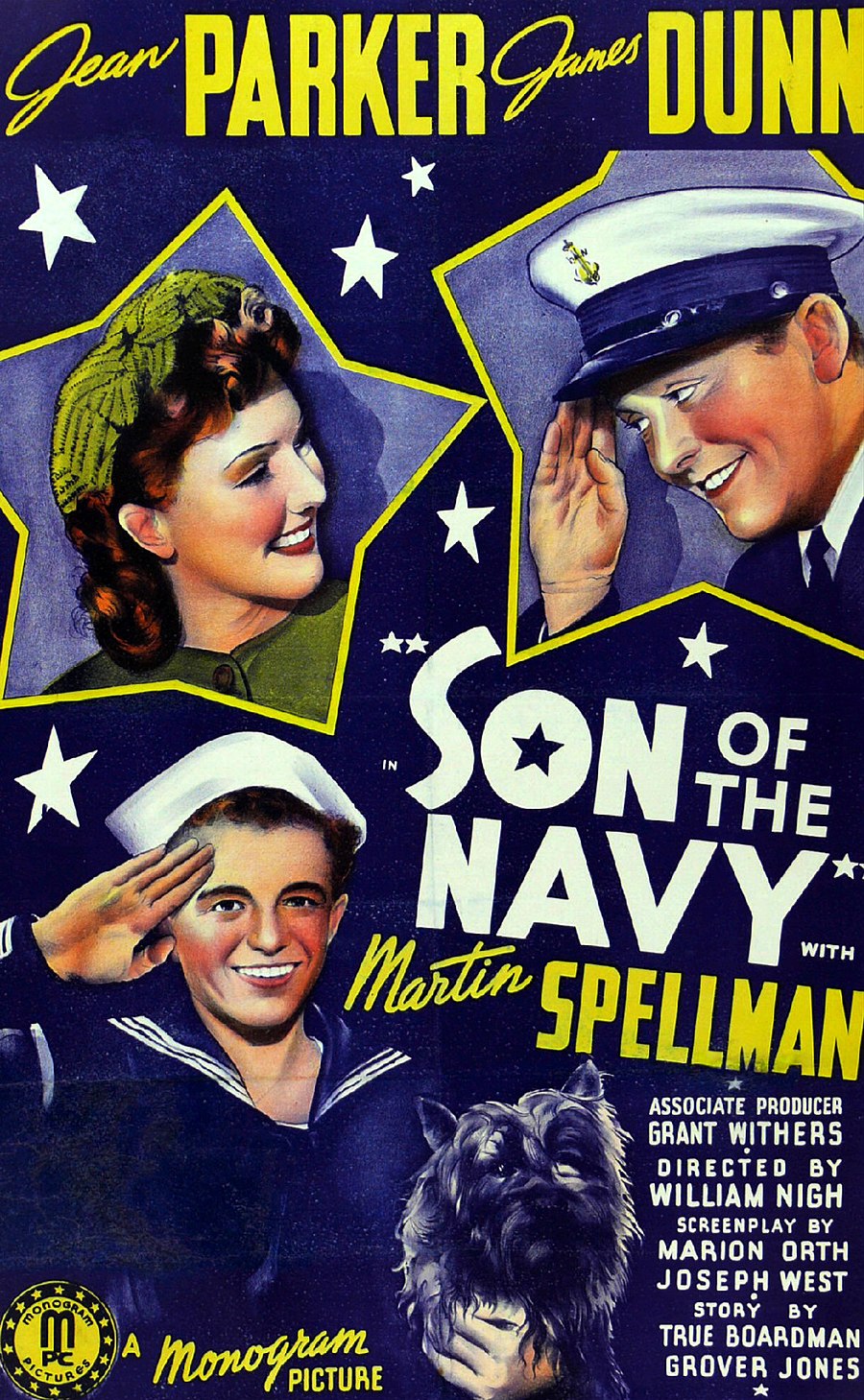 Son of the Navy, also known as The Young Recruit in the United States, is a 1940 American comedy-drama film directed by William Nigh and starring Jean Parker, James Dunn, and Martin Spellman.

Racing to his battleship the USS Florida, Chief Gunners Mate Mike Malone attempts to hitchhike to the Naval Base San Diego and runs into Tommy and his Cairn terrier Terry who are runaways from an orphanage.