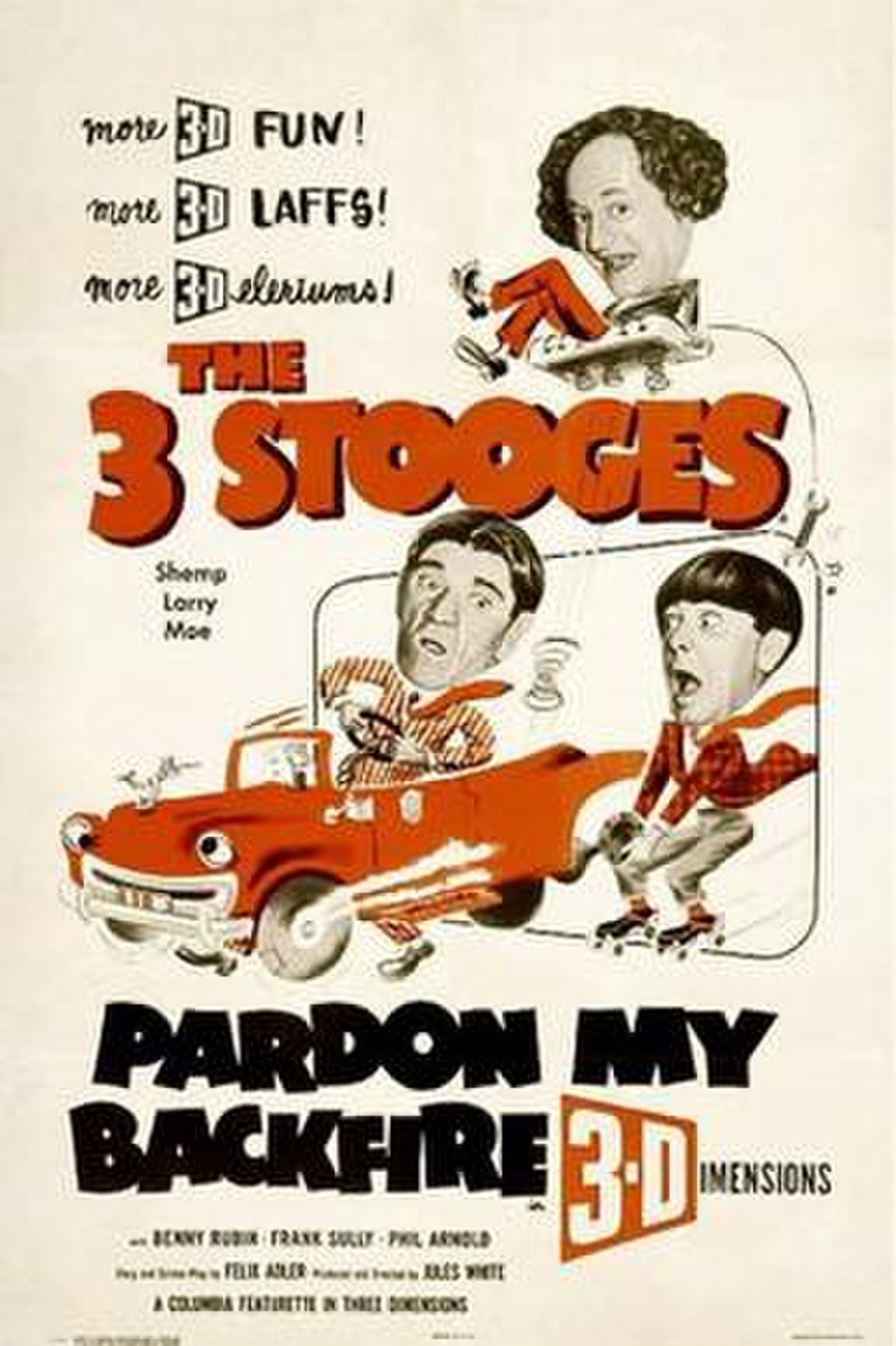 Pardon My Backfire is a 1953 short subject directed by Jules White starring American slapstick comedy team The Three Stooges (Moe Howard, Larry Fine and Shemp Howard). It is the 149th entry in the series released by Columbia Pictures starring the comedians, who released 190 shorts for the studio between 1934 and 1959.

The Stooges are auto mechanics who need money in order to marry their sweethearts. While working in their auto garage, some escaped convicts pull in with a damaged fender. While the trio are working on the vehicle, they hear a news flash over the radio about some escaped convicts. They put the pieces together and realize that the baddies are right in their garage. The boys capture the crooks, collect the reward, and marry their sweethearts.