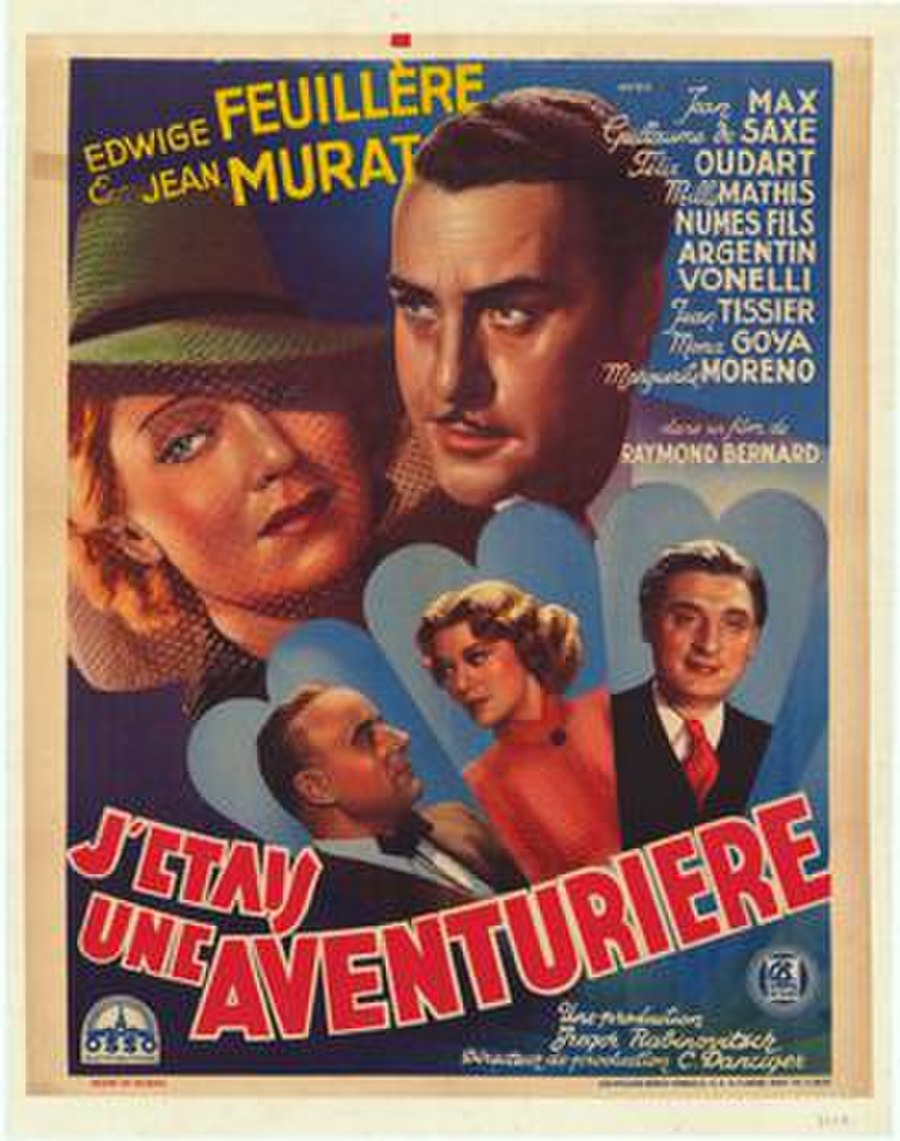 I Was an Adventuress (French: J'étais une aventurière) is a 1938 French comedy drama film directed by Raymond Bernard and starring Edwige Feuillère, Jean Murat and Jean-Max. It was remade in 1940 as an American film of the same title. It was part of a growing trend of English-language remakes of major French films.