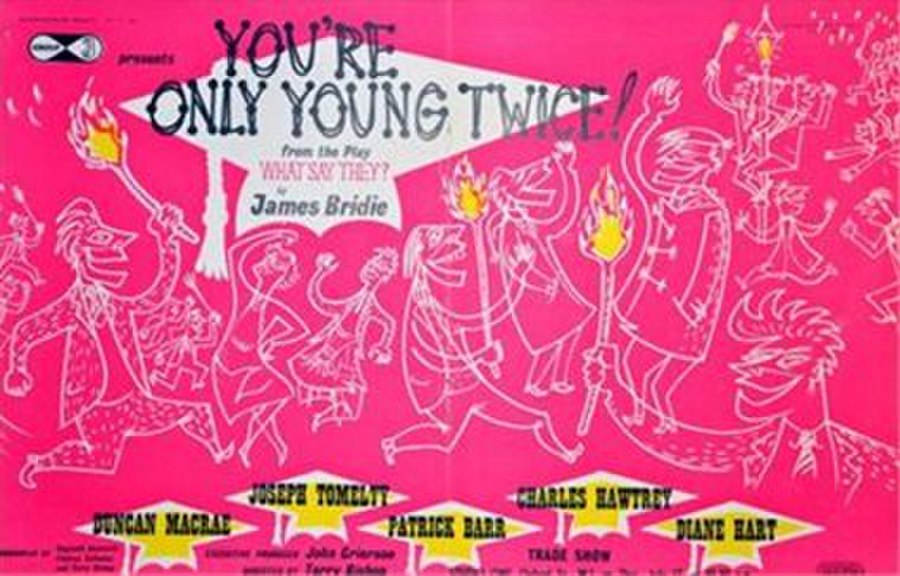 You're Only Young Twice is a 1952 British comedy film directed by Terry Bishop and starring Duncan Macrae, Joseph Tomelty, Patrick Barr, Charles Hawtrey and Diane Hart. It was based on the play What Say They? by James Bridie.

A young woman visiting a Scottish university in search of her uncle, who is in hiding from the authorities, is mistaken for the principal's secretary, so she pursues the impersonation.