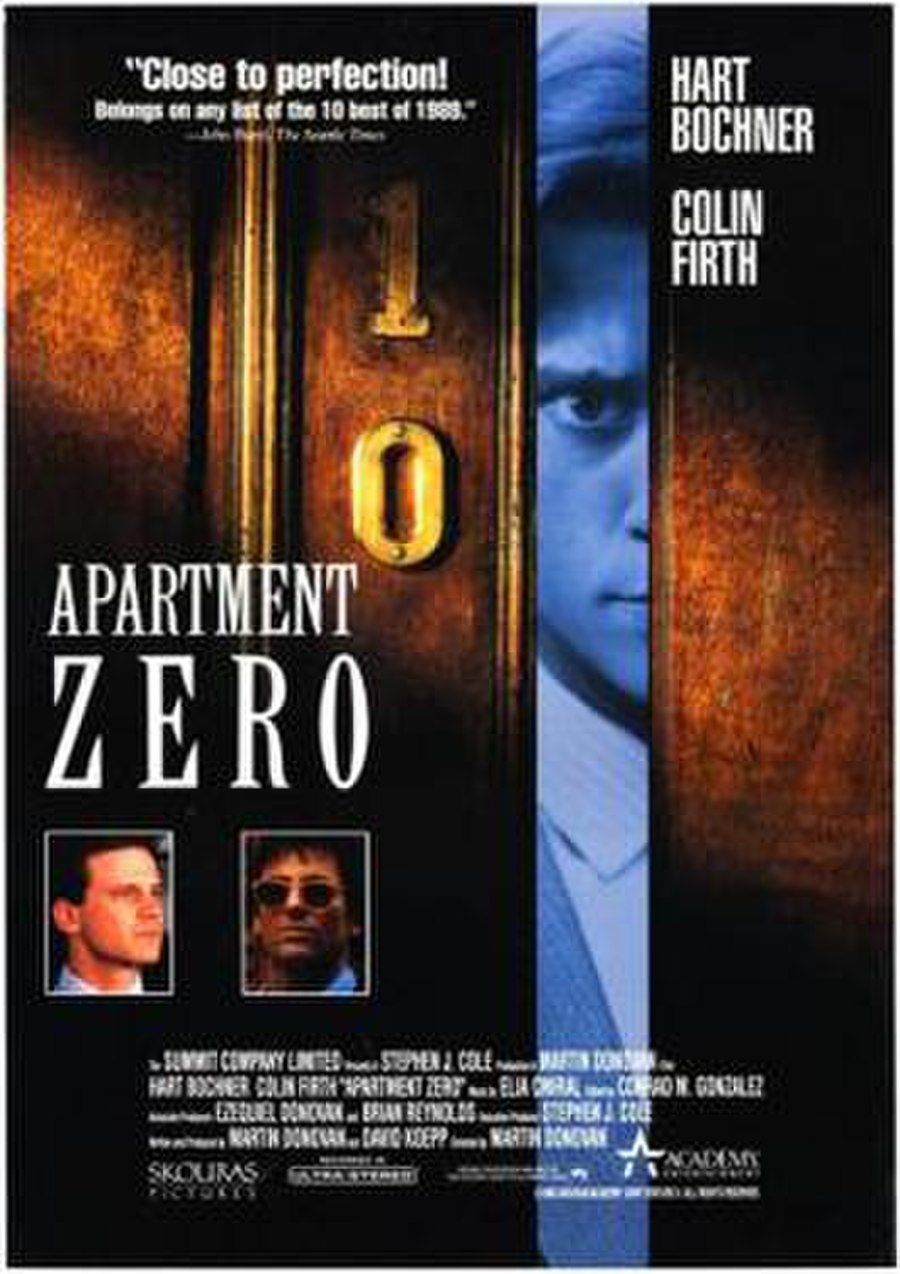 Apartment Zero, also known as Conviviendo con la muerte (Spanish: Living with Death), is a 1989 British-Argentine political thriller film co-written and directed by Argentine-born screenwriter Martin Donovan and starring Hart Bochner and Colin Firth. It was produced in 1988 and premiered at film festivals throughout the next year. The story is set in a rundown area of Buenos Aires at the dawn of the 1980s, where Adrian LeDuc becomes friends with Jack Carney, an American expatriate who rents a room from him. Gradually, Adrian begins to suspect that the outwardly likeable Jack is responsible for a series of political assassinations that are rocking the city.

Adrian LeDuc (Firth) is the British owner of a revival house in Buenos Aires. Apart from his mother, the core of his emotional life is movies, specifically classic American movies and stars. The story begins with Adrian in his theater, watching the final scene of Touch of Evil.