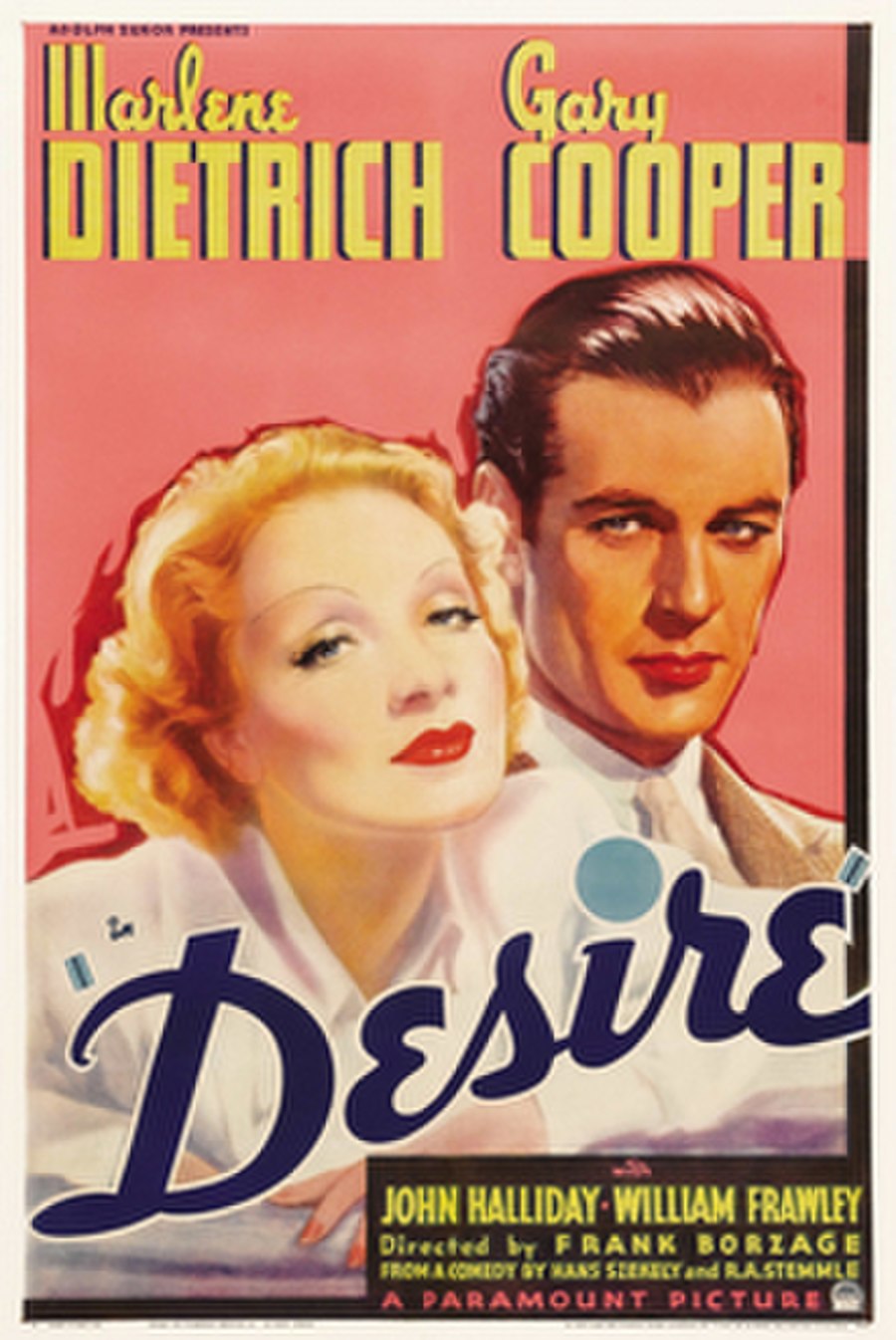 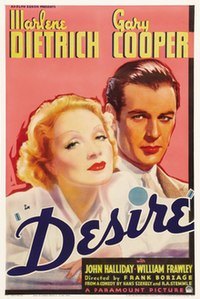 Desire is a 1936 American romantic comedy-drama film directed by Frank Borzage, starring Marlene Dietrich and Gary Cooper, and produced by Borzage and Ernst Lubitsch. The picture is a remake of the 1933 German film Happy Days in Aranjuez. The screenplay was written by Samuel Hoffenstein, Edwin Justus Mayer and Waldemar Young based on the play Die Schönen Tage von Aranjuez by Hans Székely and Robert A. Stemmle. The music score was composed by Frederick Hollander and the cinematography was shot by Charles Lang and Victor Milner. Marlene Dietrich's wardrobe was designed by Travis Banton. The supporting cast features John Halliday, William Frawley, Akim Tamiroff, and Alan Mowbray.

In Paris, Madeleine de Beaupre (Marlene Dietrich) cons jeweler Aristide Duvalle (Ernest Cossart) and psychiatrist Maurice Pauquet (Alan Mowbray) by telling each man that she is married to the other. Duvalle delivers a string of pearls worth millions of francs to Pauquet's office, expecting to be paid, but Pauquet thinks he is a new patient who has delusions of needing to collect debts. Madeleine is there to introduce them to each other, and departs with the pearls before they figure out what she has done.