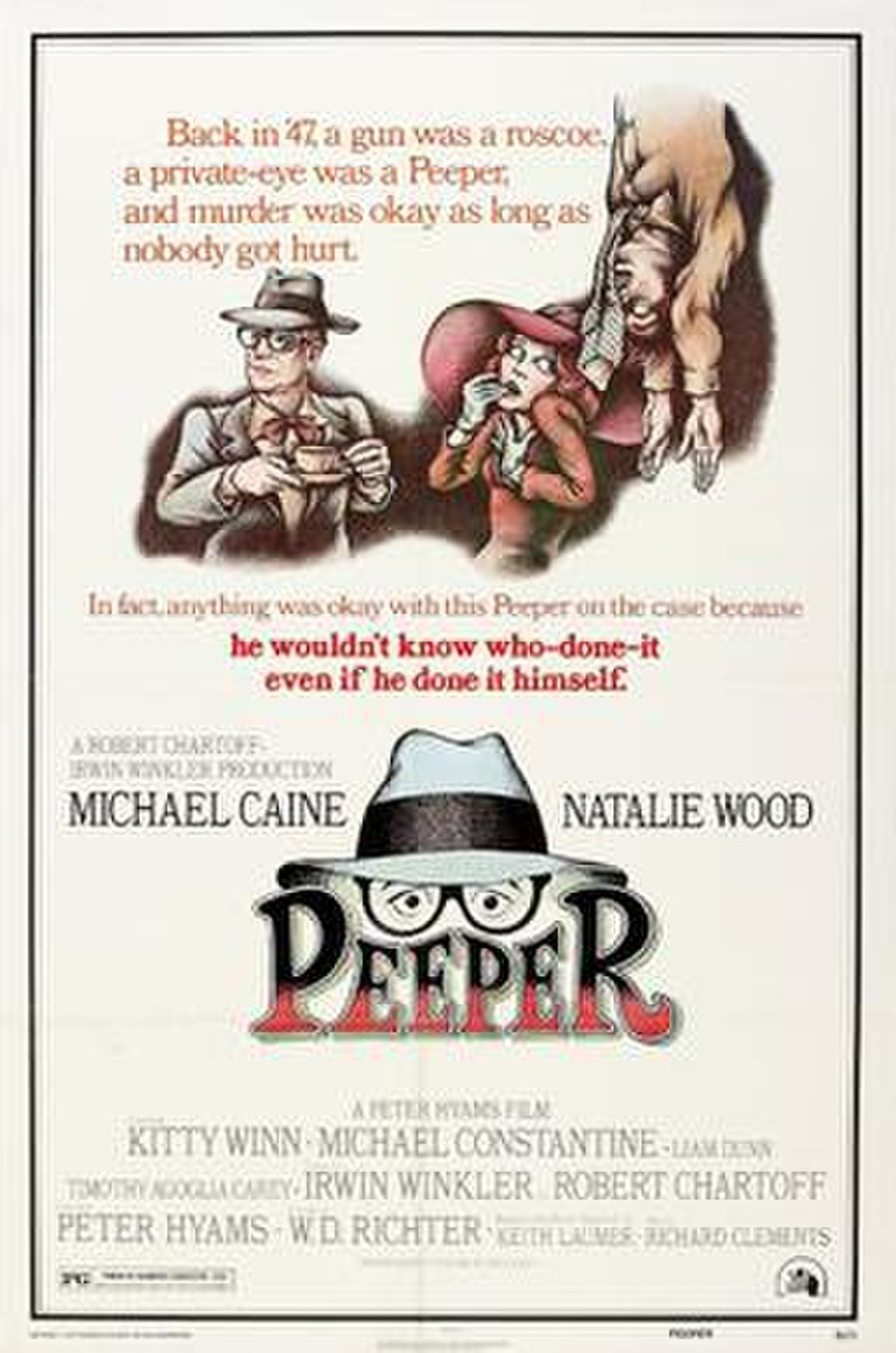 Peeper is a 1975 American comedy-mystery film directed by Peter Hyams that starred Michael Caine as Leslie C. Tucker, a bungling private investigator. It was a send-up of 1940s film noir. Peeper was a box-office failure that jeopardized Hyams's career and almost prevented him from obtaining funding to produce Capricorn One.