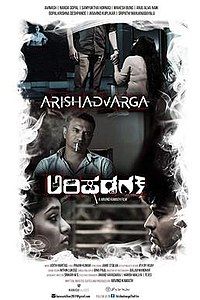 Set in present-day Bangalore, an aspiring actor doubling as an amateur gigolo gets caught up in a sticky situation after accepting a surprise gift from an anonymous client. Anish is desperately trying to make it as an actor but his dire financial situation pushes him to look for an escape, which he finds with an anonymous wealthy client. Called to her place one day for a rendezvous, he turns up only to be met with a surprise gift, ‘a murder’. He finds himself framed for a crime he didn’t commit with a witness who is convinced he is the culprit. Arishadvarga is a smart and tense neo-noir thriller that will have you guessing who did it till the very end.