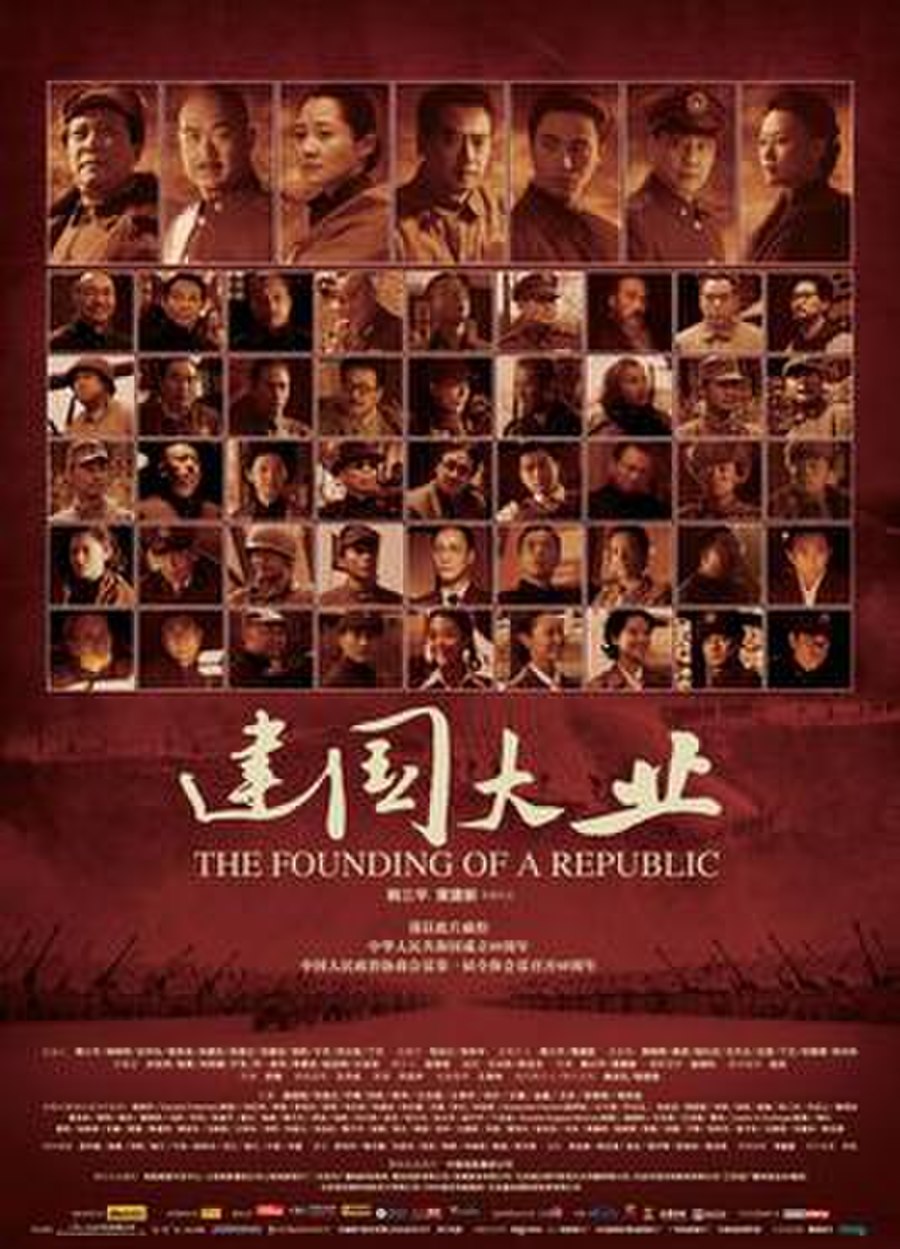 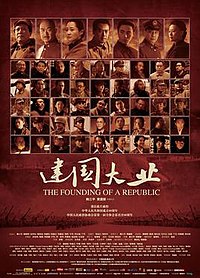 The Founding of a Republic 2009

The Founding of a Republic is a 2009 Chinese historical film commissioned by China's film regulator and made by the state-owned China Film Group (CFG) to mark the 60th anniversary of the People's Republic of China. The film was co-directed by the fifth-generation director Huang Jianxin and the chairman of China Film Group Han Sanping. Han's role in the Chinese film circle legitimizes of the significance of The Founding as a mainstream film blockbuster The timing of the production and release of The Founding was a cultural signifier of the emergence of China in the Global arena (Xu 2009:49). The film has a propaganda utility, and is responsible for enhancing cohesion among Chinese citizens. A group of seemingly ‘haphazard’ and ‘coincidental’ elements and features of the film exhibit the timely and mindful updates of the propaganda devices by the CCP government in order to catch up with the overriding fashion of commercialization in the cultural-media sphere of present-day China.

In 1945 after the end of the Second Sino-Japanese War, Mao Zedong and members of the Communist Party of China (CPC) travel to Chongqing for a meeting with Chiang Kai-shek and the Kuomintang (KMT). With help from the China Democratic League, the Double Tenth Agreement is signed between the KMT and CPC, with both sides agreeing to stop the civil war and to establish a multi-party government in China.