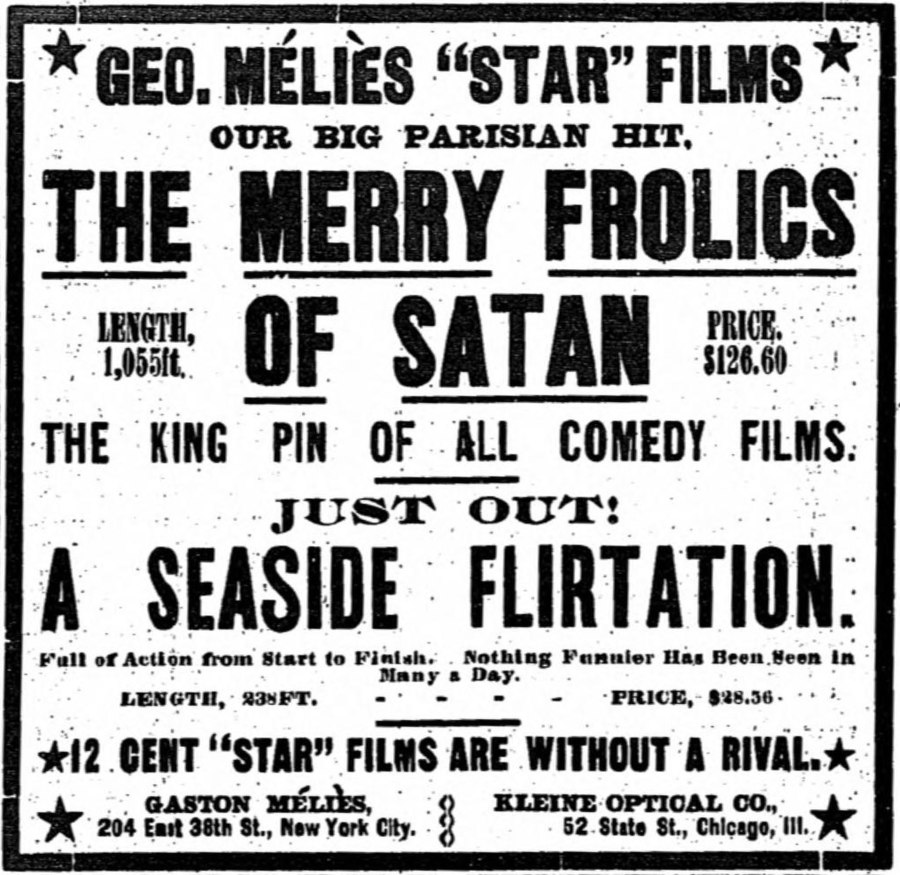 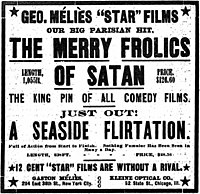 A Seaside Flirtation was a 1906 French silent comedy film directed by Georges Méliès.

On the beach, a young woman enters a bathing box to change from her bathing costume to her street clothes. A young dandy, attempting to flirt with the woman, stops at a seaside restaurant near the bathing box to write her an amorous note. The woman, seeing him writing, quickly changes places with her husband in a neighboring bathing box. The dandy, stooping down to slip his note under the door, is taken by surprise when the husband pours a pitcher of water on him. The astonished dandy knocks over the bathing box. It falls on some diners at the restaurant, who angrily shove the dandy inside the box, pile in chairs and tables, lift it high in the air, and give the dandy a shaking. The restaurant's chef finishes off the exhausted dandy's punishment by pouring a bag of flour over him. The young woman, having changed into her street clothes, leaves her husband's bathing box and joins in the general mocking of the attempted seaside flirtation.