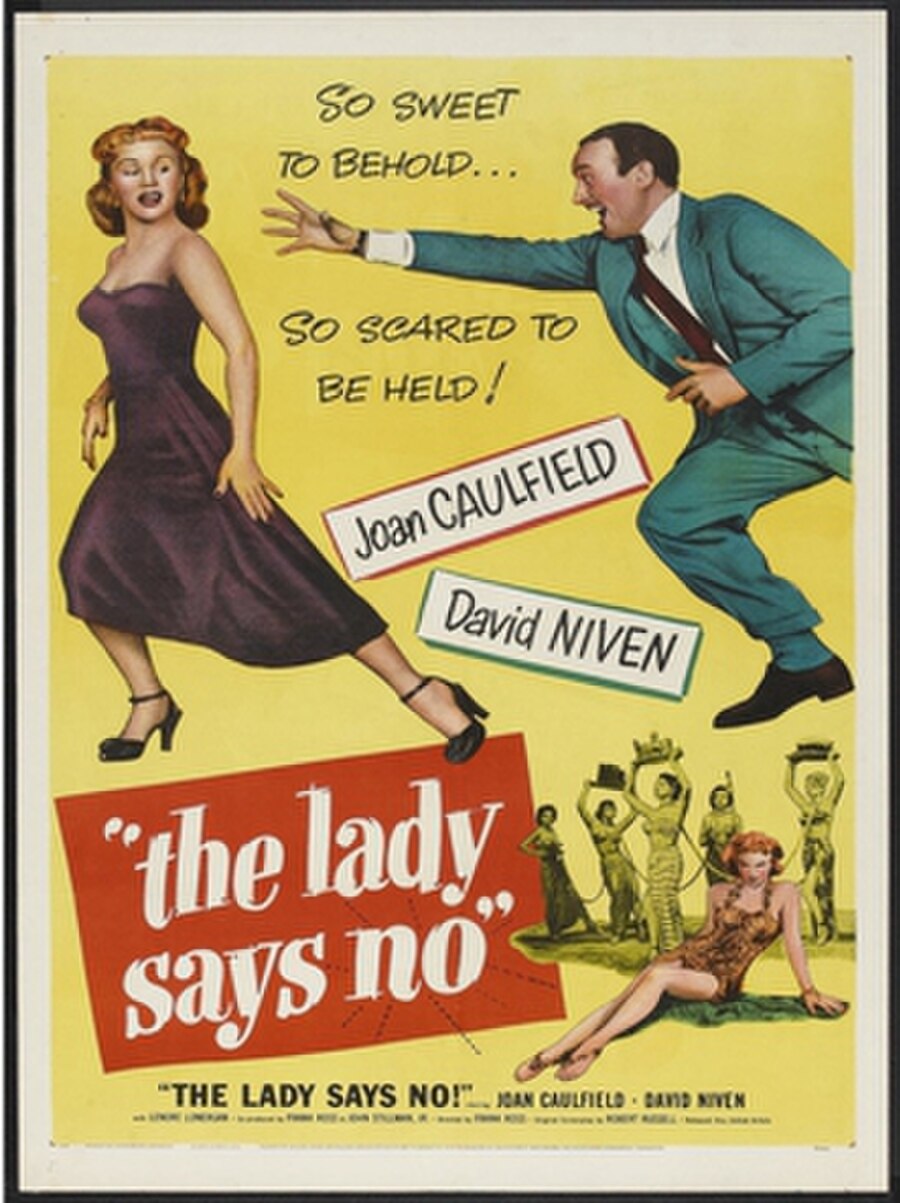 Bill Shelby (David Niven) is a globe-trotting author and photographer on assignment from Life magazine to do a photo story on Dorinda Hatch (Joan Caulfield), best-selling author of the title book, "The Lady Says 'No'". Rather than finding a dour spinster, as he expects, she is a young blonde woman he finds attractive. Her interactions with him lead her to question her feminist convictions, such as it being unsuitable for a woman to illogically fall in love with someone she also loathes. The unbidden thoughts and impulses even invade her subconscious in a dream sequence.