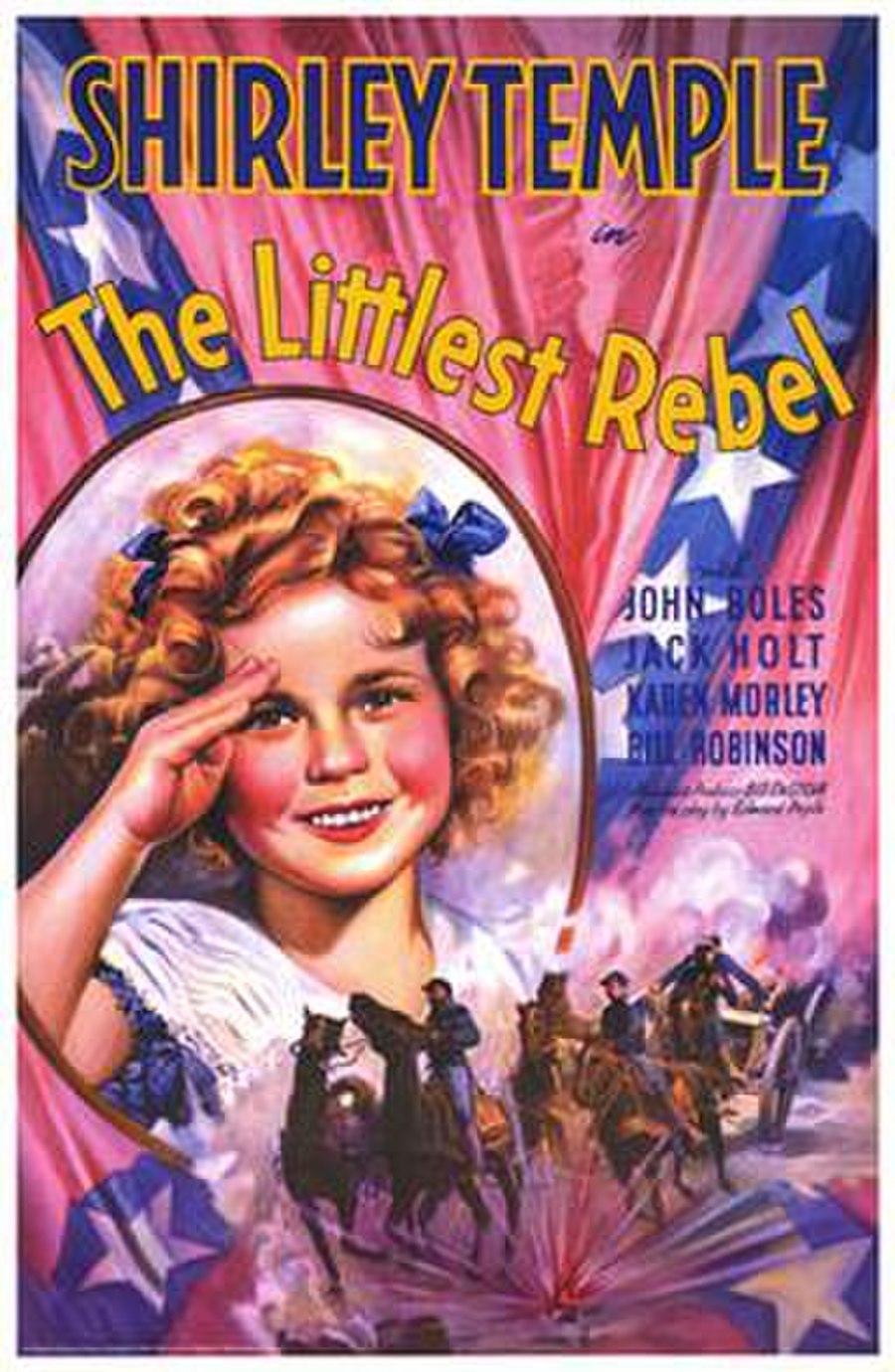 The Littlest Rebel is a 1935 American drama film directed by David Butler. The screenplay by Edwin J. Burke was adapted from a play of the same name by Edward Peple and focuses on the tribulations of a plantation-owning family during the American Civil War. The film stars Shirley Temple, John Boles, and Karen Morley, as the plantation family and Bill Robinson as their slave with Jack Holt as a Union officer.

In 1861 in the Old South, Virgie Cary (Shirley Temple) is celebrating her sixth birthday in the ballroom of the family plantation. A family slave, Uncle Billy (Bill Robinson), dances for her party guests, but the celebration is brought abruptly to an end when a messenger arrives with news of the assault on Fort Sumter and a declaration of war. Virgie's father (John Boles) is ordered to the Armory with horse and side-arms. He becomes a scout for the Confederate Army, crossing enemy lines to gather information. On these expeditions, he sometimes briefly visits his family at their plantation behind Union lines.