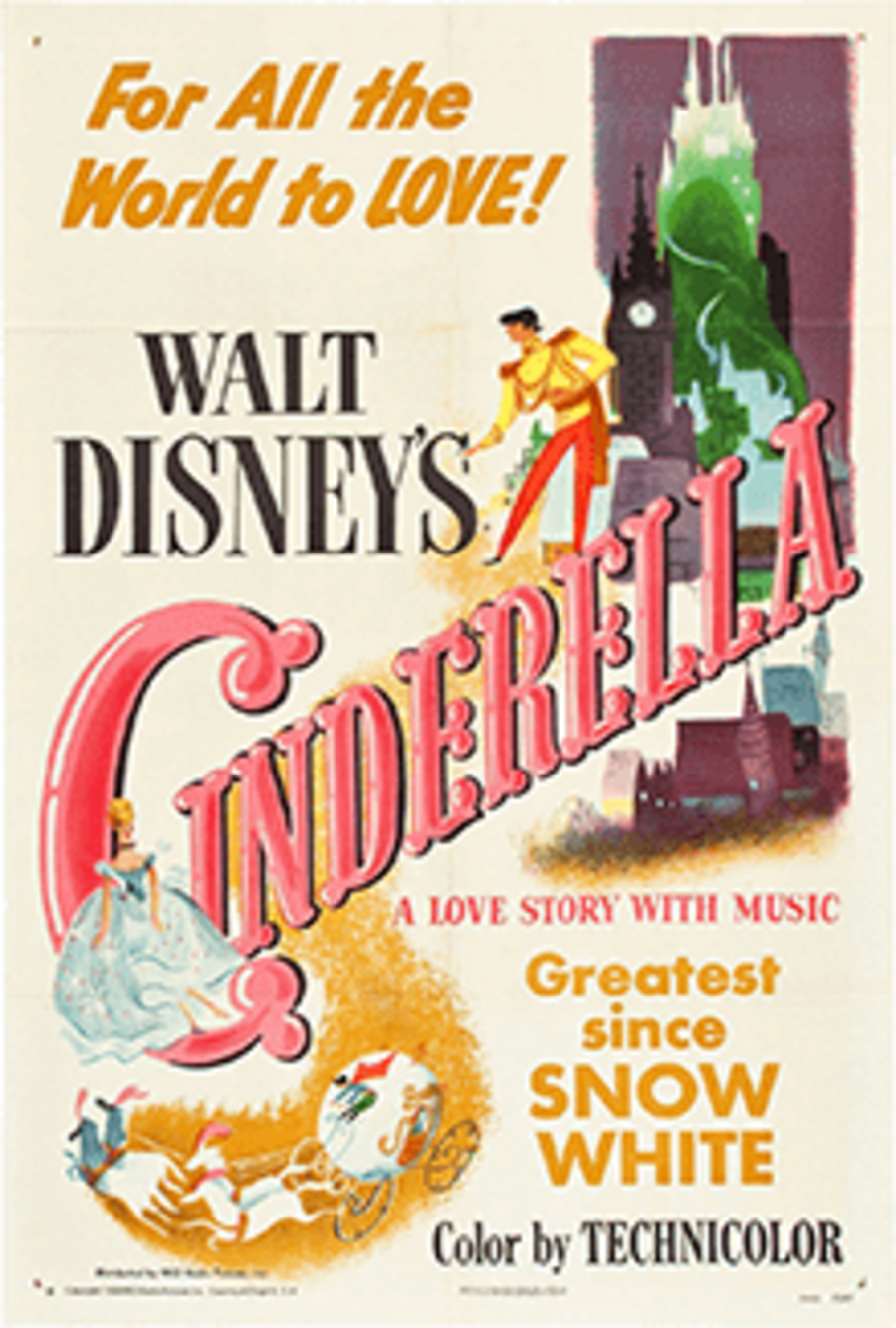 Cinderella is a 1950 American animated musical fantasy film produced by Walt Disney. Based on the fairy tale of the same name by Charles Perrault, it is the 12th Disney animated feature film. The film was directed by Clyde Geronimi, Hamilton Luske, and Wilfred Jackson. Mack David, Jerry Livingston, and Al Hoffman wrote the songs, which include "Cinderella", "A Dream Is a Wish Your Heart Makes", "Sing Sweet Nightingale", "The Work Song", "Bibbidi-Bobbidi-Boo", and "So This is Love". It features the voices of Ilene Woods, Eleanor Audley, Verna Felton, Rhoda Williams, James MacDonald, Luis van Rooten, Don Barclay, Mike Douglas, William Phipps, and Lucille Bliss.

Cinderella is living a dissatisfying life, having lost both parents at a young age and being forced to work as a scullery maid in her own château. Her stepmother, Lady Tremaine, is cruel to her, and she is jealous of Cinderella's charm and beauty. Additionally, her two stepsisters, Drizella and Anastasia, cruelly take advantage of her. Despite this, Cinderella is a kind and gentle young woman. She is friends with mice and kind to birds that live in and around the château. Meanwhile, at the royal palace, the King is frustrated that his son, the Prince, still is not married. He and the Grand Duke organize a ball to find a suitable wife for the bored and picky Prince, requesting every eligible maiden attend. Upon receiving notice of the ball, Lady Tremaine agrees to let Cinderella go if she finishes her chores and can find a suitable dress to wear.