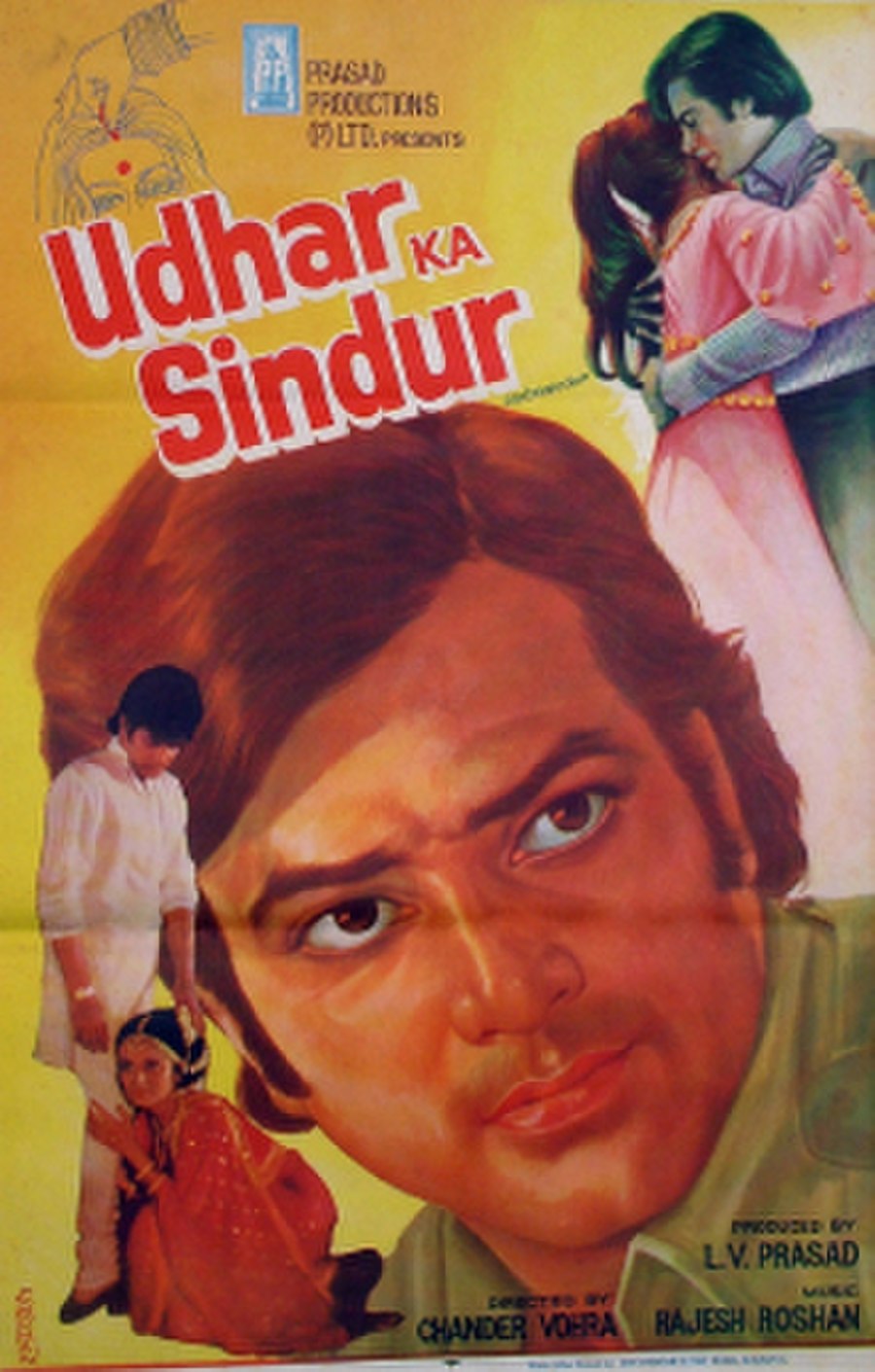 Udhar Ka Sindur is a 1976 Hindi-language drama film, produced by L. V. Prasad under the Prasad Productions Pvt. Ltd. banner, directed by Chander Vohra. The film stars Jeetendra, Reena Roy, Asha Parekh in the pivotal roles and music composed by Rajesh Roshan. The film was a hit. The film is a remake of the Telugu film Manushullo Devudu (1974), starring N.T. Rama Rao, Vanisri in the lead roles. Asha Parekh received a Filmfare nomination for Best Supporting Actress, the only nomination for the film.

Raja (Jeetendra), as a child was adopted and raised by Dr. Shivnath (Om Shivpuri), a kind and generous man. Sudha, his daughter accepts Raja as her own brother, but Shivnath's wife (Urmila Bhat) and son Premnath (Dheeraj Kumar ) always shun him. Butta Singh, a rickshaw driver meets Raja's lost sister Sita and raises her as his own sister. Raja, along with Premnath goes to Bangalore to learn the law. Raja studies hard while his brother Premnath gets involved with gambling. Sudha's marriage is fixed, but when Dr. Shivnath is arranging funds for the dowry, he is faced by some moneylenders who had lent his son money. Due to this, Shivnath get a paralytic attack and becomes handicapped. He loses all his money in repaying his son's debts. Raja loves a girl named Rekha, but sacrifices his love so that he can marry a rich girl named Shanta to raise enough money to arrange Sudha's marriage. On the wedding day, he comes to know that Rekha is the sister of Shanta, he is marrying. How will Raja handle this new situation? Will Shanta learn the truth?