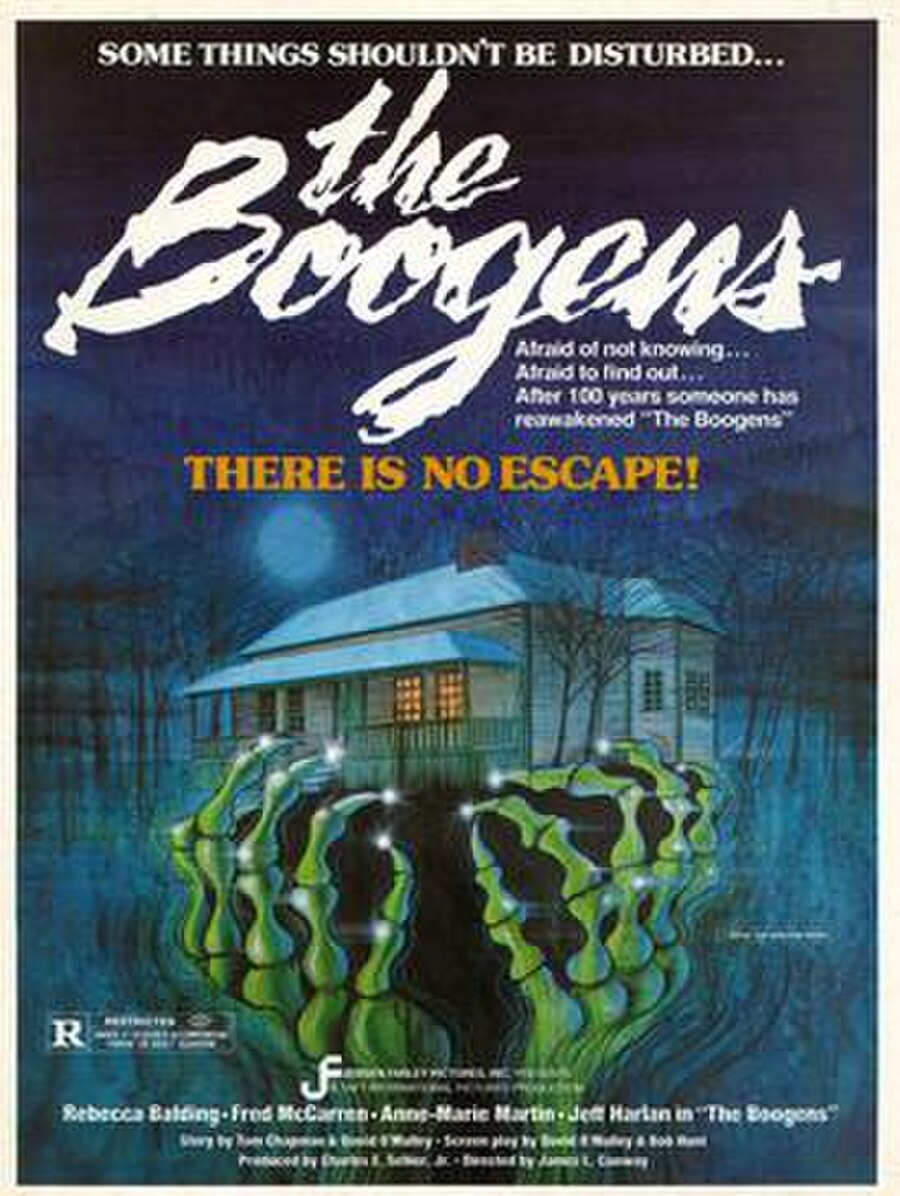 The Boogens is a 1981 American monster film directed by James L. Conway and starring Rebecca Balding, Fred McCarren, Anne-Marie Martin, Jeff Harlan, John Crawford, Med Flory, Jon Lormer, and Scott Wilkinson. The title refers to scaly turtle-like monsters that are released from an abandoned and boarded-up silver mine, and begin to wreak havoc.

A small construction team of four men work to reopen an abandoned silver mine, 100 years after a mysterious massacre forced the military to shut it down. What they don't know is that their excavating has inadvertently freed some reptilian creatures lurking deep within the mine shafts.