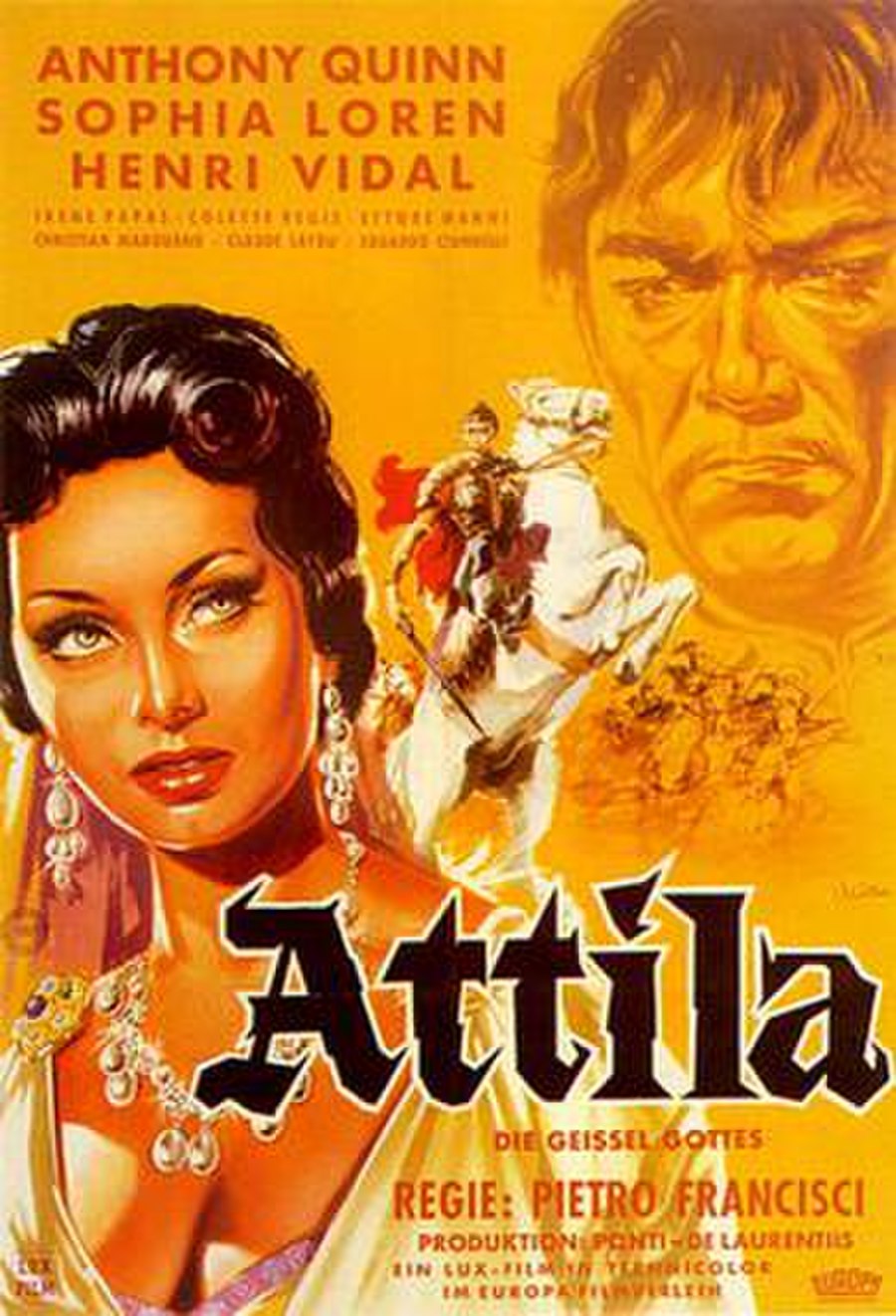 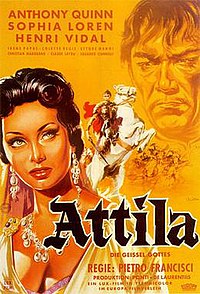 Attila (; ) is a 1954 Italian-French co-production, directed by Pietro Francisci and produced by Dino De Laurentiis and Carlo Ponti. Based on the life of Attila the Hun, it stars Anthony Quinn as Attila and Sophia Loren as Honoria, with Henri Vidal, Irene Papas, Ettore Manni and Christian Marquand. Scott Marlowe (1932–2001) made his screen debut in the film. Along with The Pride and the Passion and Houseboat, it was one of Loren's biggest box-office successes during the 1950s.

The story is set in 450 A.D. The Huns, a horde of barbarians from the distant plains of Asia, move toward the rich western lands of Germania, led by a savage chief, Attila.