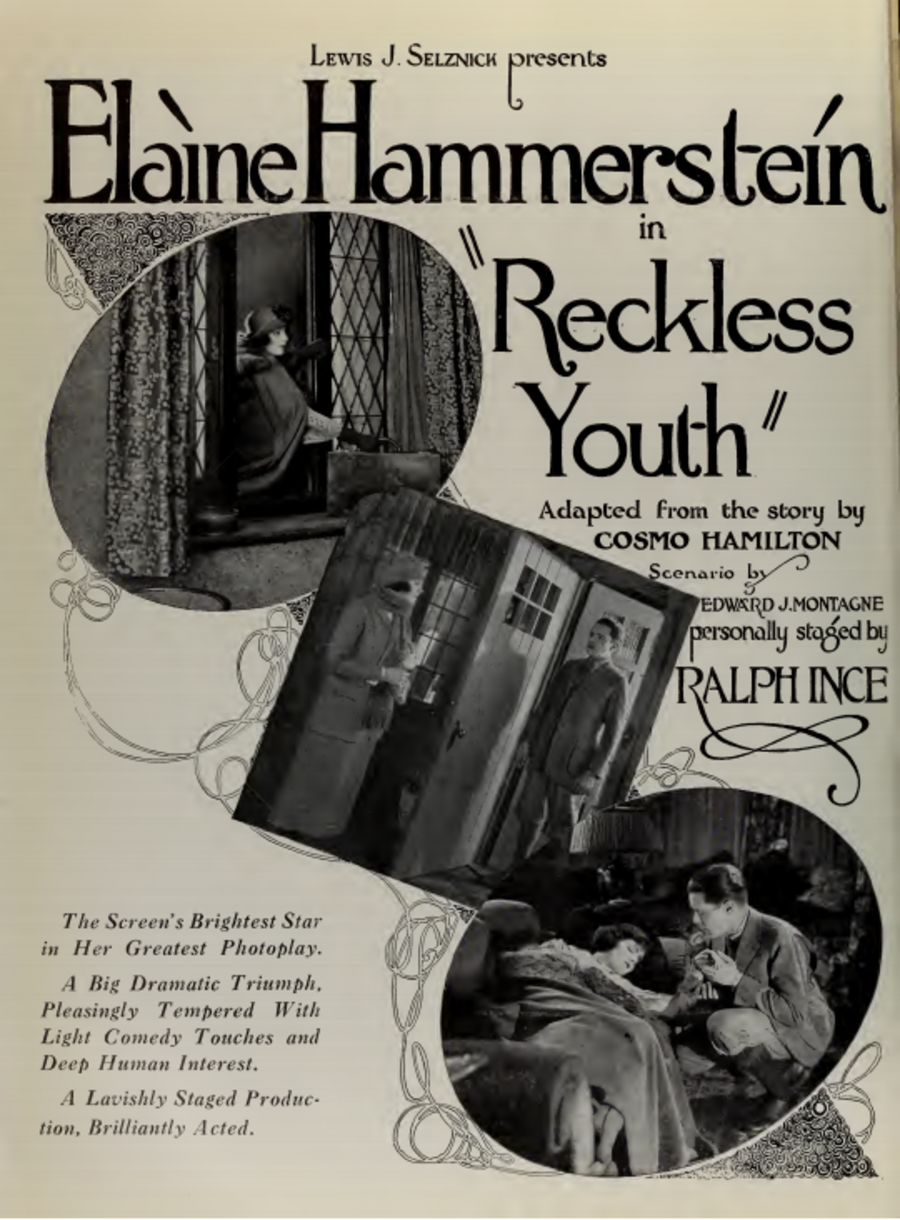 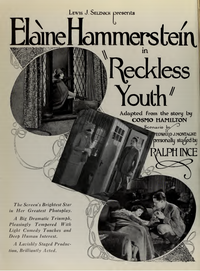 As described in a film magazine, Alice Schuyler (Hammerstein), a selfish flapper expelled from a convent school, goes to live with her crusty old aunt near New York City. Because of the restrictions placed on her, she runs away from home and finds shelter in the nearby home of John Carmen, a wealthy young bachelor. The only way out of the social difficulty that occurs to John is for them to get married. This they do and they live in his town house. Soon they begin to drift apart, she becoming infatuated with Harrison Thomby, a man about town, and a break finally comes when they meet at a cabaret. John goes to his county home and, in a mix up of taxi cabs, takes a chorus girl home with him. Alice arrives on the scene and refuses to listen to his explanations. She accepts an invitation from her friend and, while accompanying him to a dance, their taxi is wrecked and she is badly hurt. While unconscious, she dreams of being trapped on Harrison's yacht, and wakes to find herself in her husband's arms.