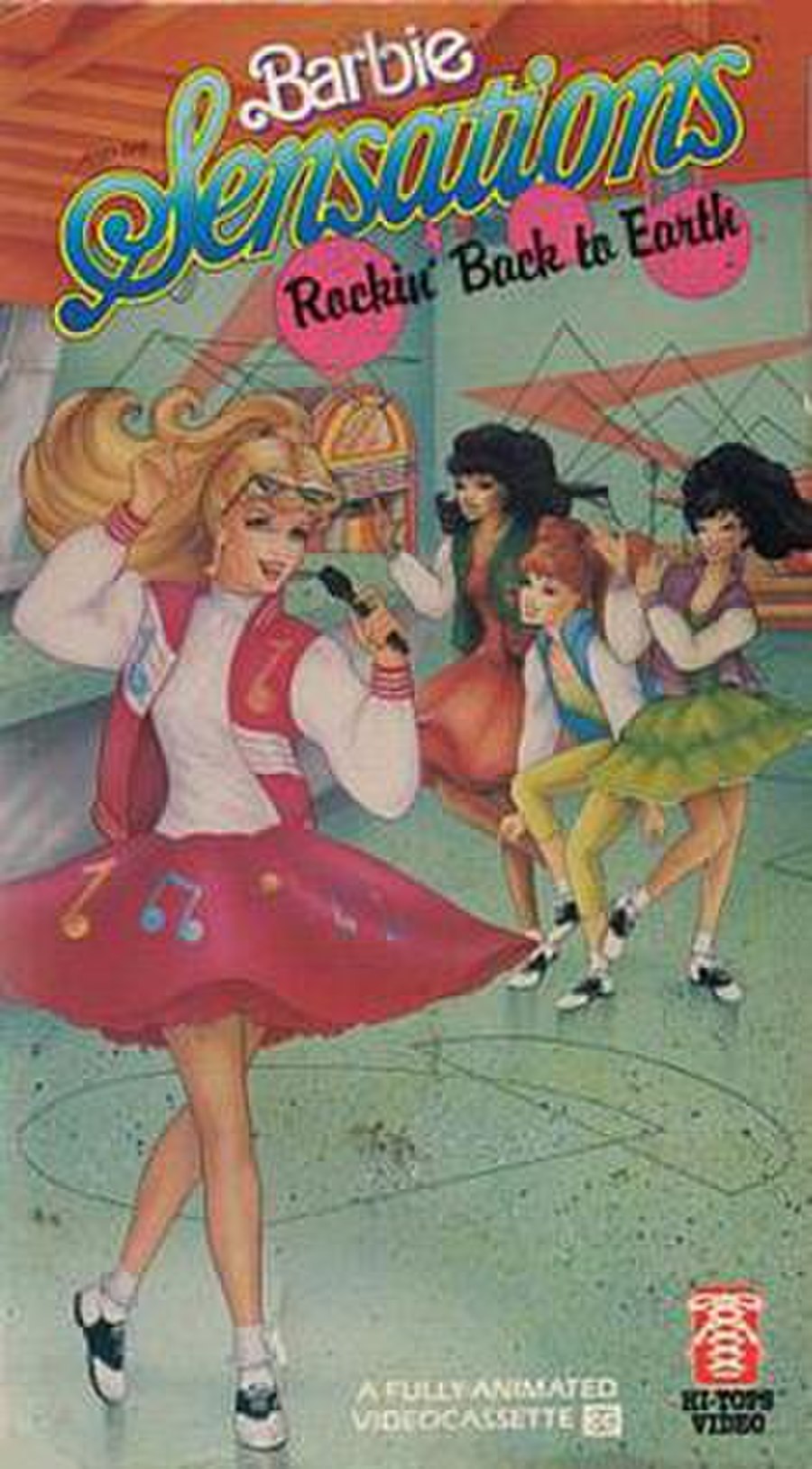 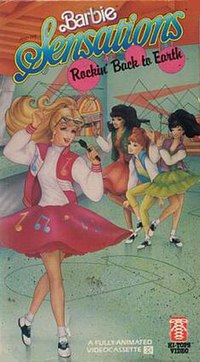 Barbie and the Sensations: Rockin' Back to Earth 1987

Barbie and the Sensations: Rockin' Back to Earth is a 1987 American animated television special and the sequel to Barbie and the Rockers: Out of This World. The two specials were released together on video by Hi-Tops Video.

Following their concert for world peace in outer space, Barbie and her band the Rockers are going back home. During the trip back to Earth, the band's space shuttle inadvertently enters a time warp. Upon landing at an airport, they meet Dr. Merrishaw and his daughter Kim, and soon learn that they have been transported back to 1959. The band then decides to go on a tour around the city alongside Kim, performing at several spots. After a performance at Cape Canaveral, Dr. Merrishaw helps Barbie and the Rockers return to their time. Back in the present, they stage a big concert in New York City, where Barbie is reunited with an adult Kim and introduced to her daughter Megan.