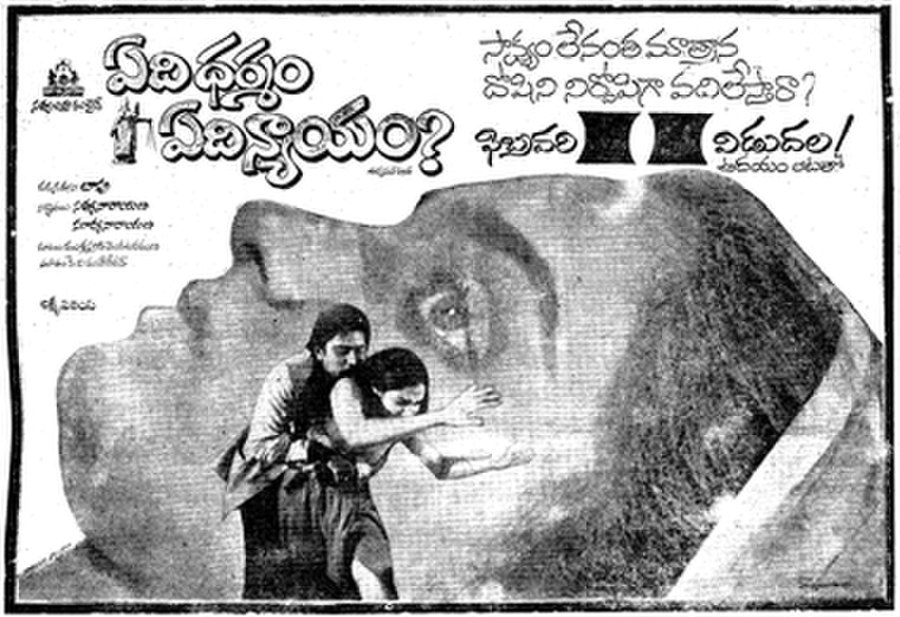 Neethi Devan Mayakkam in Tamil, Edi Dharmam Edi Nyayam in Telugu is a 1982 bilingual social drama film directed by Bapu. The film stars Bhanu Chander and Madhavi in the lead roles. Kamal Haasan acted as Military Officer in a guest appearance in the Tamil version and in Telugu by Krishna. The film was a remake of the Hindi film Insaf Ka Tarazu, which in turn was a remake of the 1976 Hollywood film Lipstick.