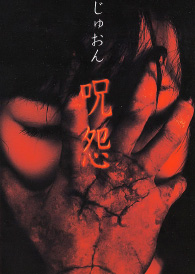 , also known as simply Ju-on, is a 2000 Japanese V-Cinema supernatural horror film and the first installment in the Ju-on franchise, following two short films. The film was written and directed by Takashi Shimizu and is divided in six parts, chronicling the experiences of tenants of a cursed house where a man, Takeo Saeki (Takashi Matsuyama) killed his wife, Kayako (Takako Fuji), and his son, Toshio (Ryota Koyama), in a jealous rage. It was followed by Ju-on: The Curse 2 in the same year.

The film is told in non-chronological order through six segments, each titled after a character central to each segment. They are, in order: Toshio (俊雄), Yuki (由紀), Mizuho (瑞穂), Kanna (柑菜), Kayako (伽椰子), and Kyoko (響子).