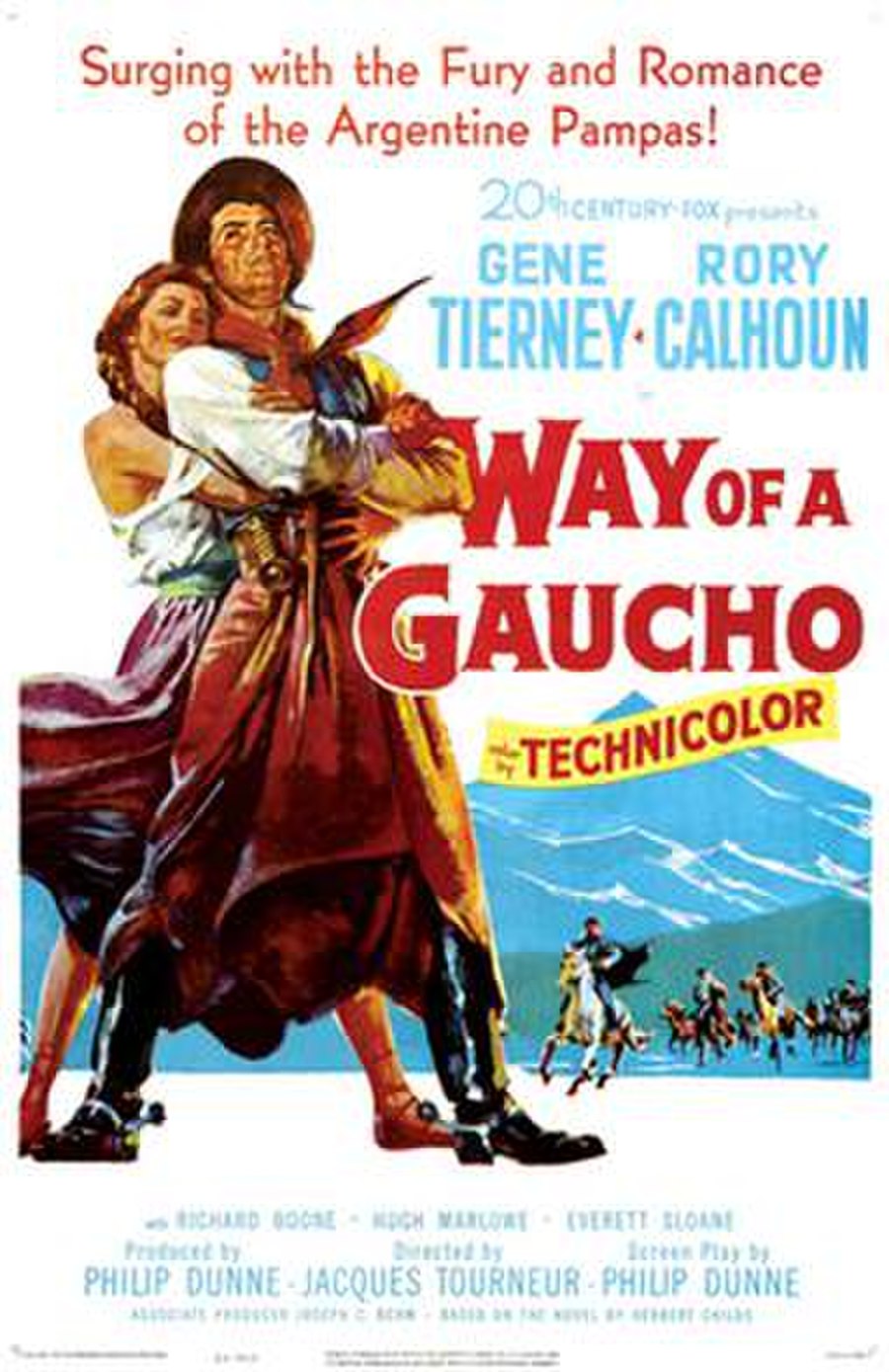 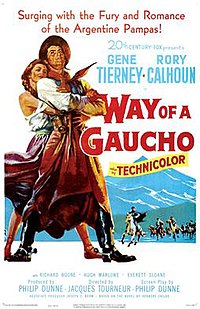 Way of a Gaucho is a 1952 American Western film directed by Jacques Tourneur and starring Gene Tierney and Rory Calhoun. It was written by Philip Dunne and based on a novel by Herbert Childs.

In 1875 Argentina, a young gaucho kills another man in a duel. His prison sentence is commuted to joining the army. He serves under the tough Major Salinas, but soon grows tired of military life and deserts. He becomes Valverde and leads a band of gauchos to resist the increasing encroachment of railroad agents into the Pampas.