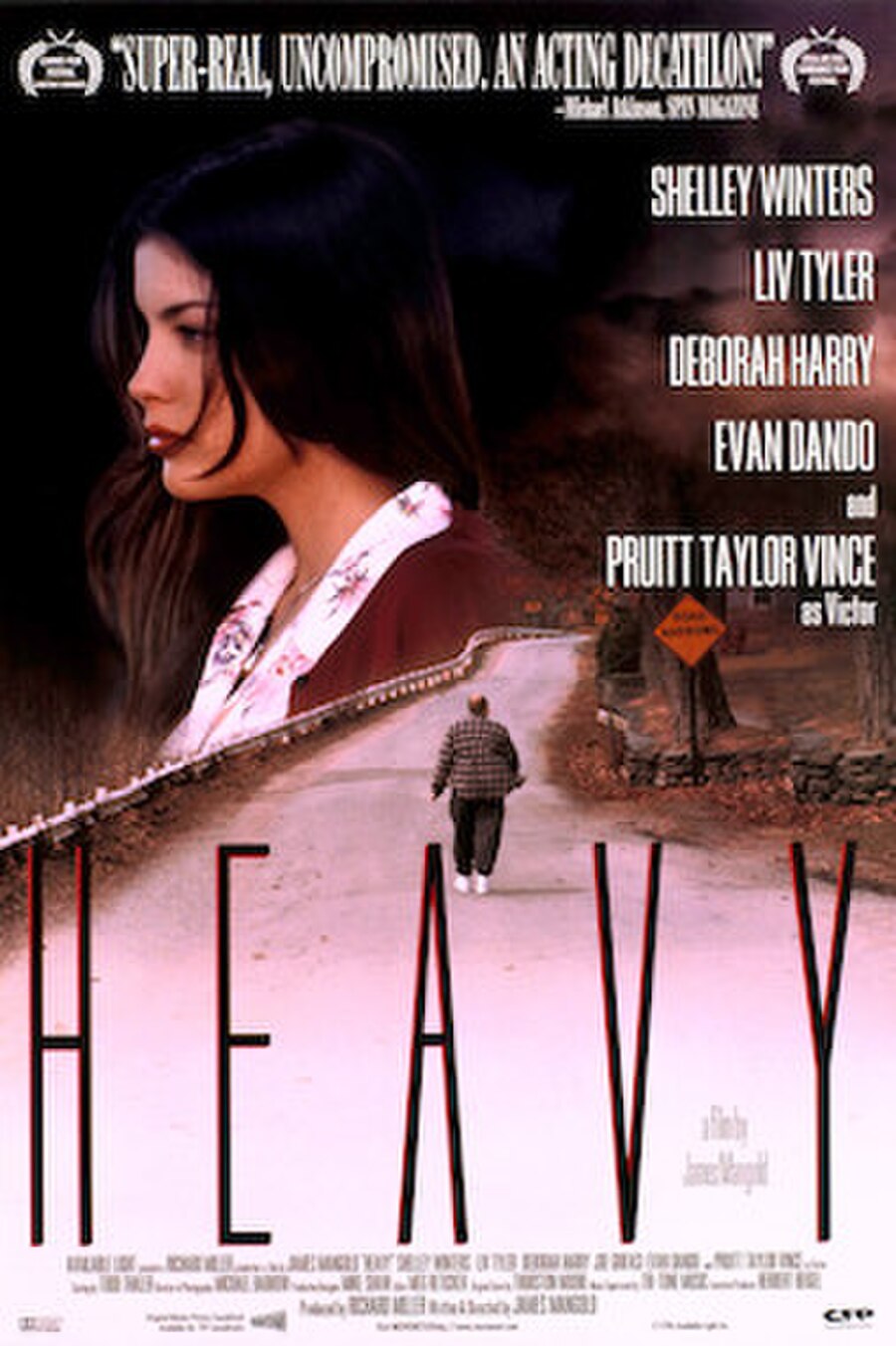 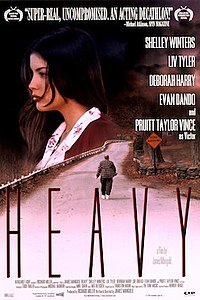 Heavy is a 1995 American drama film written and directed by James Mangold, in his directorial debut. It stars Liv Tyler, Pruitt Taylor Vince, Shelley Winters, and Deborah Harry. The plot focuses on an unhappy overweight cook (Vince) whose life is changed after an enchanting college drop-out (Tyler) begins working as a waitress at his and his mother's roadside tavern. The film explores themes of loneliness, false hope, unrequited love, and self-worth.

In rural upstate New York, thirty-something-year-old Victor Modino works as a cook at Pete and Dolly's, a small roadhouse founded by and named after his father, now dead, and mother. Dolly, who is in poor health, spends her days sitting in a chair in the back of the kitchen, reminiscing about her husband and antagonizing Delores, a cynical longtime employee who once had an affair with Pete. The daily rhythm of the restaurant is disrupted when Dolly hires Callie, a soft-spoken young woman who has just dropped out of college in Syracuse, as a new waitress. Callie immediately catches the eye of the painfully shy, overweight Victor. Callie's presence is noted by both the employees and the restaurant's regular patrons, particularly Leo, an alcoholic friend of Delores.