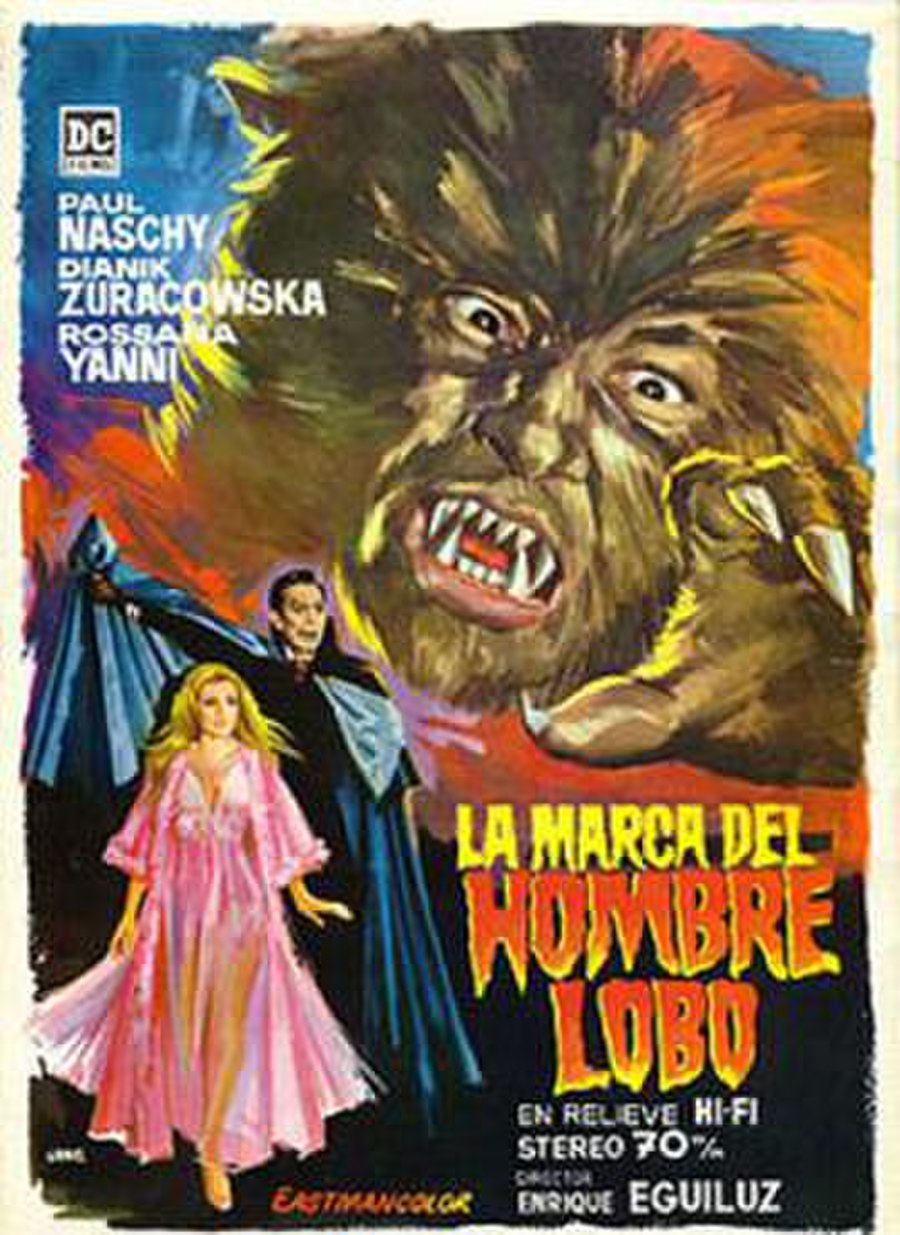 La Marca del Hombre Lobo (translation: The Mark of the Wolfman), is a 1968 3-D Spanish horror film, the first in a long series of films about the werewolf Count Waldemar Daninsky, played by Paul Naschy. The film was also known as Hell's Creatures: Dracula and the Werewolf, The Nights of Satan and Frankenstein's Bloody Terror (the latter despite the fact that the film has nothing to do with either Frankenstein or his bloody terror).

A drunken Gypsy couple spending the night in the abandoned Castle Wolfstein accidentally resurrect the werewolf Imre Wolfstein when they remove the silver cross from his corpse. Once alive, he not only kills the Gypsy couple, but also wreaks havoc on a nearby village. The villagers attribute the attack to ordinary wolves, and in response, form a hunting party to kill off the animals. While on the hunt, Count Waldemar Daninsky is attacked by Imre Wolfstein and is afflicted with lycanthropy. After killing innocent victims in the midst of his transformation, he seeks help from specialists, Dr. Janos de Mikhelov and his wife, who turn out to be two vampires, who then prey on both Janice and Rudolph, Waldemar's friends. The vampires revive the first werewolf, Imre, from the dead, and force the two werewolves to battle each other. Waldemar kills Imre Wolfstein with his fangs and then destroys the two vampires, only to be killed in turn by a bullet fired by Janice, the woman who loved him most.