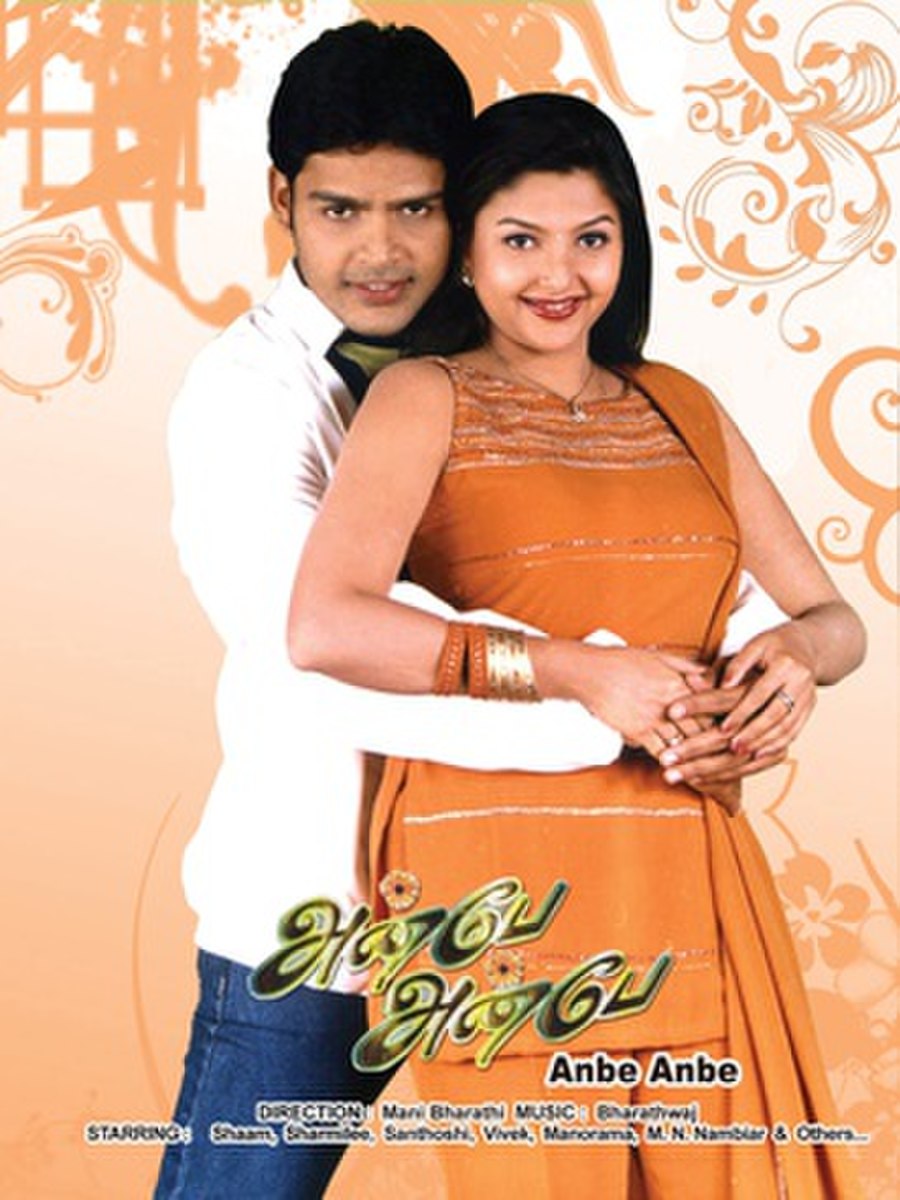 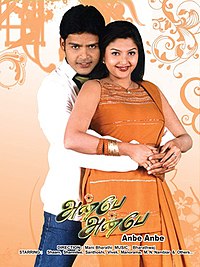 Anbe Anbe (English: Dear, Dear) is a 2003 Indian Tamil-language romantic family drama film directed by Mani Bharathi. The film stars Shaam and Sharmelee in lead roles, while an ensemble supporting cast includes Vivek, Yugendran, M. N. Nambiar, Manorama, and Santhoshi. The music was composed by Bharathwaj. The film released on 1 May 2003 and opened to mixed reviews from critics. The film's plot is loosely based on the Hindi film Hum Aapke Hain Koun..! (1994).

An extended family consisting of a grandfather, Mahendra Bhoopathy (M. N. Nambiar), and a grandmother, Vishali (Manorama), live in a grand mansion, near Kanyakumari with their sons, daughter, and grandchildren. They have two grandsons: Cheenu (Shaam) and Shiva (Yugendran). They both have a grudge towards each other from childhood as Cheenu is always first in whatever he does, and Shiva is jealous of it. Vishali (Sharmelee), the couple's granddaughter, walks in with her parents. This creates further rifts among the cousins as Cheenu falls in love with her. All these lead to the elders quarrelling among themselves, and finally, Cheenu sacrifices his love for his cousin, the dog unites the lovers. The whole extended family lives happily ever after.